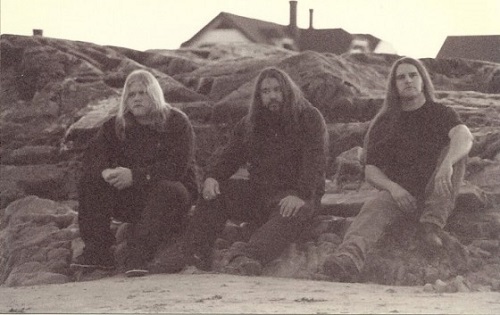 Southern Lord will reissue the As Heaven Turns To Ash… debut and subsequent I Am Dying EP from short-lived, iconic Massachusetts doom conjurors, WARHORSE.

Long out-of-print, fervently sought after, and unconditionally vital in foreshadowing the plethora of current acts who indulge in slow, self-possessed, infernal low-end sound excursions, As Heaven Turns To Ash… was issued in 2001 with the band’s final two-track I Am Dying EP unleashed just one year later, both via the Southern Lord stable. Still reeking of brimstone, bong smoke, and burning tube amp, both slabs of doom domination will be combined and reanimated later this month on double LP and digital formats.

In observance of its release, Vice Magazine’s music portal, Noisey, hurls forth Doom’s Bride , the second movement off As Heaven Turns To Ash… elaborating, “Traditionally speaking, a war horse is a massive beast, capable of carrying its master into the heat of battle and fending off attackers by virtue of its imposing bulk and deadly flying hooves. From the plains of Asia to medieval bloodbaths up to the far-flung atrocities of WWII, war horses’ lives were stained by blood, narrated by screams, and generally—mercifully—short. Given their brutal history, it’s not exactly difficult to see why they’d serve as the namesake for not one, but at least five different heavy metal bands… The Massachusetts WARHORSE was as short-lived as its namesake, but left a far greater impact than any of those poor nags ever did. The scarcity of their recordings rendered them cult classics, and their syrupy, downtuned grooves more than stand the test of time — a fact that Southern Lord picked up on when they decided to reissue WARHORSE’s seminal 2001 full-length, As Heaven Turns To Ash…, and final I Am Dying 7″ together in one monumentally heavy package.” 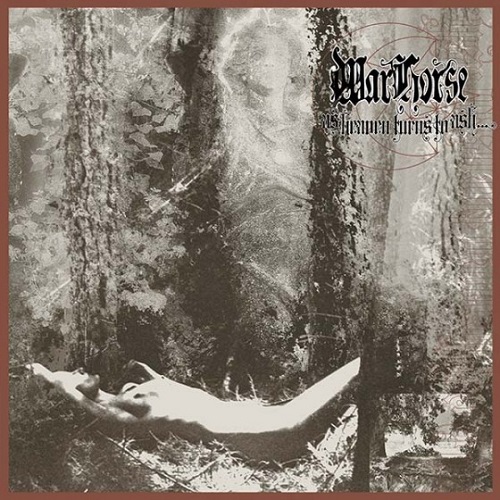 Feel the cataclysmic crush of Doom’s Bride now suffocating the frequencies at Noisey.

Forged in 1996 and lasting the best part of a decade, the output of WARHORSE wallows deep down, grooving at the kind of frequency usually associated with imminent natural disaster. But in addition to their intricate delivery, WARHORSE exuded an experimental, subtle psychedelic swagger which gave rise to gritty and memorable riffs, and saw them sharing stages with the likes of such amplification legends as Electic Wizard, Khanate, Acid King, High On Fire and Unearthy Trance.

As Heaven Turns To Ash… will be released via Southern Lord on February 24th, 2015. Preorder yours today at the labels webstore.