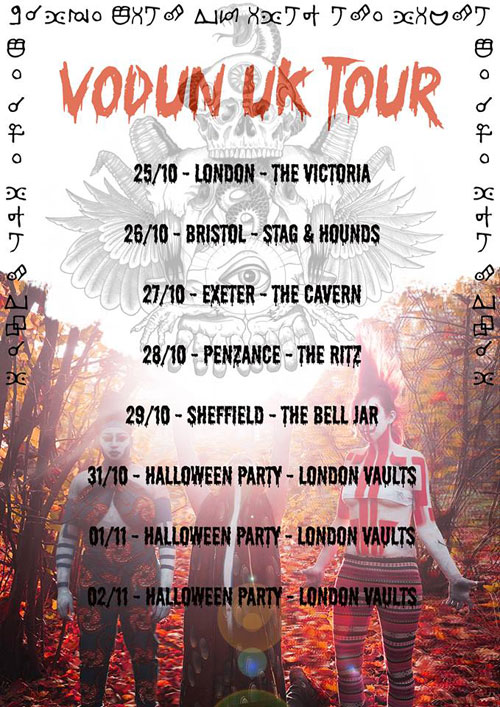 London heavy-psych-soul trio VODUN are heading out on a UK tour which kicks off tomorrow night, Friday 25th October, at The Dalston Victoria, London with Astrohenge & Ghold and then takes in Bristol, Exeter, Penzance and Sheffield, before wrapping things up at The Vaults, London for a 3 day Halloween Party, the full dates are as follows:

Featuring two members of one of London’s finest underground bands, Invasion, who disbanded in 2011, VODUN have taken the basic blueprint of that band, added a huge West African voodoo influence and ramped up the intensity across the board. Chan (vocals) and Zel (drums) found a kindred spirit in Oli (guitar) and emerged as a more technically accomplished, musically aggressive and energetic band and they are currently supporting the EP ‘Oya‘ which was digitally released via Superhot Records earlier this year and is available for just £1 from the VODUN‘s Bandcamp page HERE.