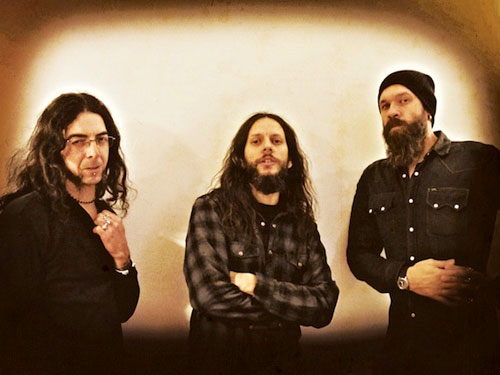 For their second voyage to the American continent — the first being their short West Coast US run in 2009, in conjunction with a series of art shows with their own Malleus Rock Art Labs — UFOMAMMUT has been confirmed to take part in the international FIMAV 2014 gathering (Festival Musique Actuelle Victoriaville) in Victoriaville, Quebec this week. Slated to perform on Friday the 16th of May, this event will mark the band’s very first time playing Canada.

Like a snake biting its own tail, time is circular, and with their upcoming tour, UFOMAMMUT further corroborates their own ouroboric tendencies.

Stay tuned for new information on UFOMAMMUT’s impending tour actions for 2014, as well as updates on their next full-length opus, which is currently in the process of construction.