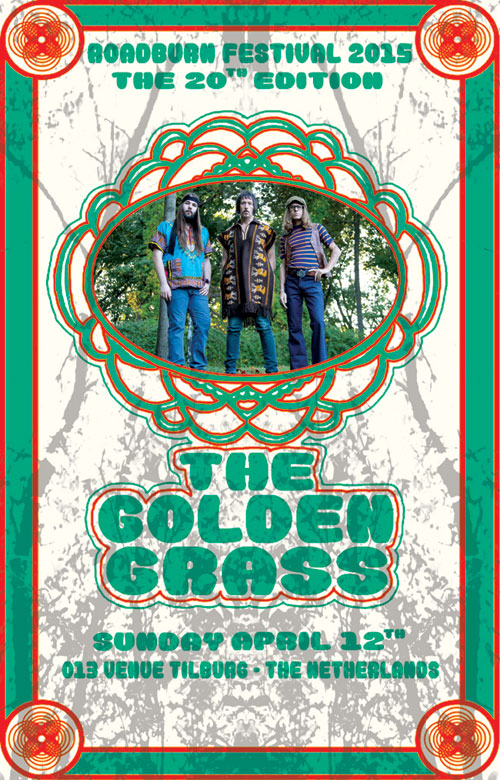 Walter & co are thrilled to announce The Golden Grass will bring their sunshiny harmonies and positive vibe the 20th edition of Roadburn Festival on Sunday, April 12 at the 013 venue in Tilburg, The Netherlands.

The Brooklyn trio released some of the best upbeat psychedelic rock with their self-titled album on Svart Records, and after their first European tour this Fall, they’re happy to welcome them to Roadburn in 2015 as they bring out new material and a classic sound.