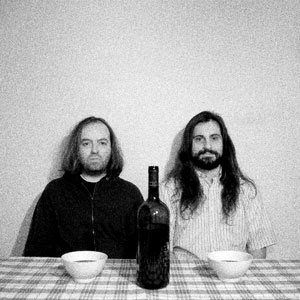 Supernatural Cat is the label run by Malleus Rock Art Lab, artistic collective featuring two members of the psychedelic doom trio Ufomammut. After a busy 2012, the label seems to have been laying low. However, little did we know, behind the scenes they have been busy working on the vinyl release of ORO and preparing to unleash two new musical projects – the first of which we can proudly unleash today…

ZOLLE, self-proclaimed rednecks, are on the loose and ready to run amok with the release of their self-titled debut album, an ode to yokel ways of living. They might not take themselves so seriously but don’t be fooled, their music is no hayseed dixie, brace yourself for a ferocious, rampant record of thunderous riffs and robust drum blasts.

ZOLLE are – Marcello (Lan of MoRkObOt) playing meaty riffs and Stefano who beefs things up on drums and xylophone. The duo commenced work on their debut album throughout the summer of 2012, and in just two months they had the music ready to commit to tape.

Their self-titled album was recorded in September of the same year by Michelangelo Roberti at Mizkey Studio (MoRkObOt) and mastered by Giovanni Versari (zu, Morkobot, OvO, One Dimensional Man). It was almost all played live, with overdubs reduced to the bone. The drums are of considerable proportion and made of copper and the amplifier an old digital model of the ’50s which makes for a mammoth sound. Urlo from Ufomammut and Roberto Rizzo of Quasiviri/Runi add a little synth seasoning to flesh out the album also. 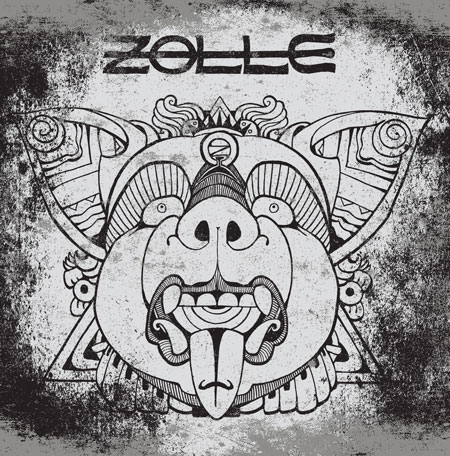 The resulting album is mightily heavy, the short songs are direct and song titles are entrenched in references to redneck living. For example ‘Mayale’ is a play on the Italian word for pig [Maiale] but is written like ‘Maya’ to reflect the sacred image of the Mayan pig face adorning the album’s cover. Similarly, ‘Heavy Letam’ is suggestive of ‘Letame’ which means manure in Italian – resulting in an anagram of ‘heavy metal’.

ZOLLE may be a no-frills band but there is much more to them than meets the eye. They are far from restrained and their debut album will definitely give you something to chew on.

For an early insight into what ZOLLE are all about, check out this visual trailer for the album…

ZOLLE will be released via Supernatural Cat on the 13th May 2013 and more audiovisual treats as well as tour news will be announced in the coming weeks so do stay tuned!