Beneath the soil of a Welsh valley a heavy metal life-force regains strength: rising from the ashes of stoner doom merchants Acrimony, Sigiriya is born. 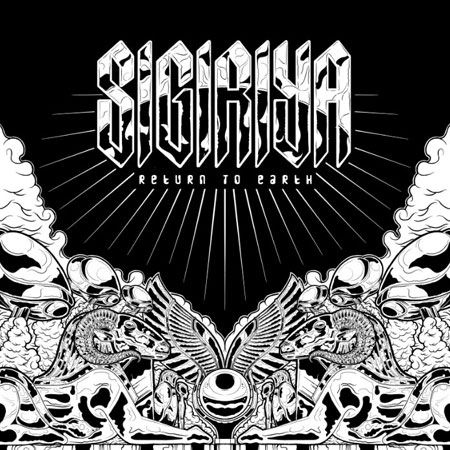 Eight years after the demise of Acrimony in 2001, guitarist Stu O’Hara, bassist Mead, drummer Darren Ivey and vocalist Dorian Walters reconvened. Not wanting the limitations of reforming a project long dead to them, Sigiriya brings a fresh take on their trademark monolithic heavy groove. While Acrimony hailed from the temples of deepest space, Sigiriya come from the earthy depths, bringing hefty, tremor-inducing sonics that pay homage to the riff.

Time served in the likes of Iron Monkey, Helvis, Dukes Of Nothing, Black Eye Riot, The Nine and Yeti have only added to their thick output, giving the foursome a more dynamic, meaner, leaner, earthier approach, which has developed an intense dirty sound with elements of boogie, classic rock and even crust. Taking their name from the mystic ‘throat of the lion’ rock in Sri Lanka, their rumble has been moving the Black Mountains of their homeland and will soon be moving the tectonic plates of the earth.

September 1 sees the release of their Church Within debut, ‘Return To Earth’, which cements the foursome’s ground-quaking sonics that recall the stratospheric groove of Acrimony (check out ‘Deathtrip To Eryri’) but with an earthy undercurrent (tracks like ‘Whiskey Song’ and ‘Mountain Goat’), proudly displaying that Sigiriya’s hefty size 9s are firmly on terra firma.

To borrow a phrase from their former outfit: ‘Bong On, Live Long…’

Contact The Church Within Records direct to pre order at : doom-dealer@web.de
Or, visit the church within web store at : www.doom-dealer.de from early September onwards.

Check out the track ‘Deathtrip To Eryri’ taken from ‘Return To Earth’ below and you can also read what Adam had to say about their debut album here.

DesertFest London 2015 Faces Up To The Ten Foot Wizard!