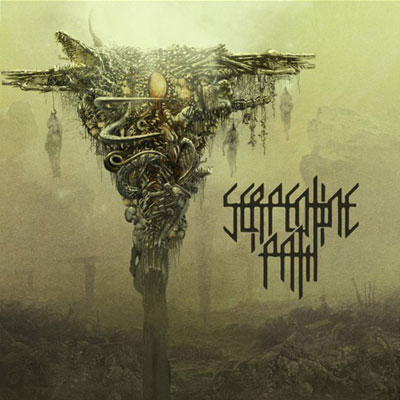 Last week we posted a video of the track ‘Crotalus Horridus Horridus’ taken from the debut album by SERPENTINE PATH and as the release date draws nearer, Brooklyn Vegan are now streaming not only that track, but also ‘Only A Monolith Remains‘, now be embroiled in their blackened filth AT THIS LOCATION.

Due for release worldwide on September 11th 2012 via Relapse Records, SERPENTINE PATH feature all 3 members from cult doomers Unearthly Trance, and are joined on guitar by Tim Bagshaw of Ramesses and Electric Wizard so expect a world of misery and suffering to follow once this colossal album hits the streets in a months time.