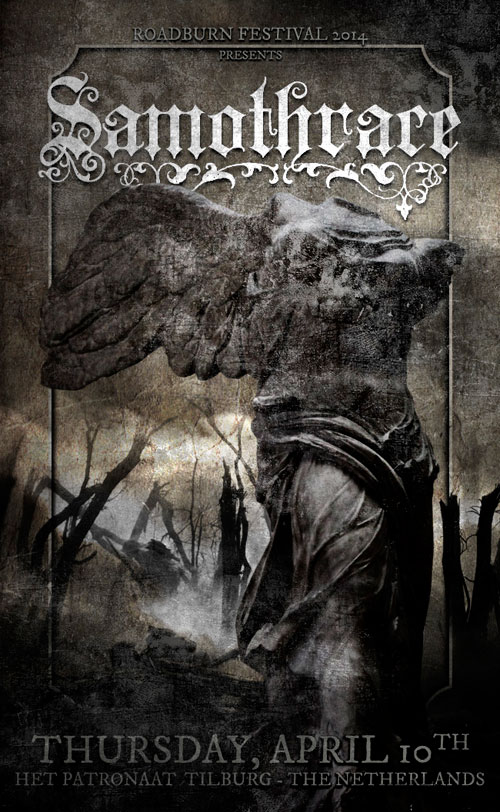 Amidst Samothrace‘s massive, slo-mo sludgy grooves the band molds a captivating thing of beauty from anguish, ugliness and misery. Add to that some glorious, almost classic rock driven guitar soloing, and you’ll find sustaining strength and comfort in despair.

“We are very excited to be a part of Roadburn 2014 in our second trip to European soil”, says Joe Axler, “We feel privelaged to be able to share the stage with so many old friends and not only be able to play at such an amazing festival but also to see so many of our favorite bands and to be introduced to new ones as well. For Roadburn 2014, Samothrace we will be preforming Reverence to Stone in its entirety. We are looking forward to bringing our form of Heavy to this event!!”

Walter & Co can not wait for Seattle’s Samothrace to bring their psychedelic remorse to Roadburn Festival 2014 by performing Reverence To Stone in its entirety on Thursday, April 10th at Het Patronaat in Tilburg, The Netherlands.

NOTHING Premiere ‘Bent Nail’ At Roadburn.com