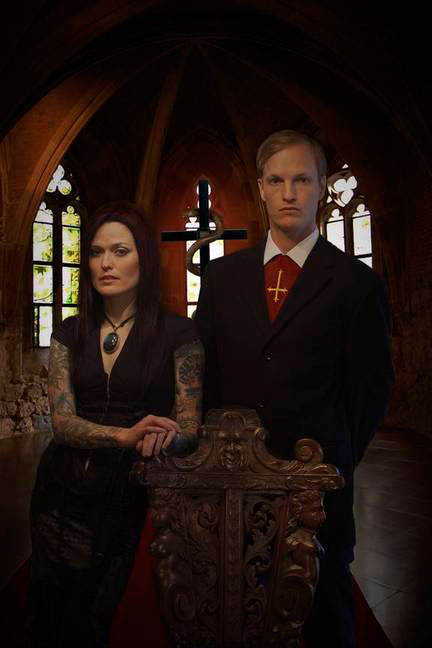 The ever-singular SABBATH ASSEMBLY premiere the video for ‘I, Satan‘ at heavily trafficked tastemakers PopMatters. The most monstrous track from their highly anticipated third album, Quaternity (review here), set for international release on March 28th via Svart Records, the video for ‘I, Satan‘ was created entirely by the band, and the song features text from sacred Process Church of the Final Judgment scriptures, all written from the standpoint of the Lord of the Underworld.

The song delivers a brutal assault with lines such as “Burn the chaff of humanity, dance proud around the leaping flames,” and “Put aside your litanies, priest, Satan does not retreat.” Additional lyrical inspiration comes from “Inno A Satana” a classic poem used in Satanic liturgies since it was published in1865, written by Italian Nobel Prize Winner Giosue Carducci. The video for SABBATH ASSEMBLY‘s ‘I, Satan‘ can be viewed exclusively HERE.

The chorus:
“Come as you are, unleash the beast.
Come forth in yourself, release the fiend.
Behold as rust erodes Michael’s sword,
The monarch of form – I, Satan.” 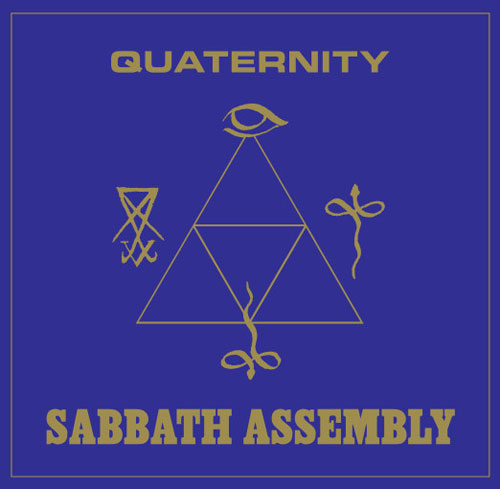 Tracklisting for SABBATH ASSEMBLY’s Quaternity
1. Let Us Who Mystically Represent…
2. The Burning Cross of Christ
3. Jehovah On Death
4. I, Satan
5. Lucifer

Quaternity is available for preorder from the Svart Records webstore, grab your copy HERE.