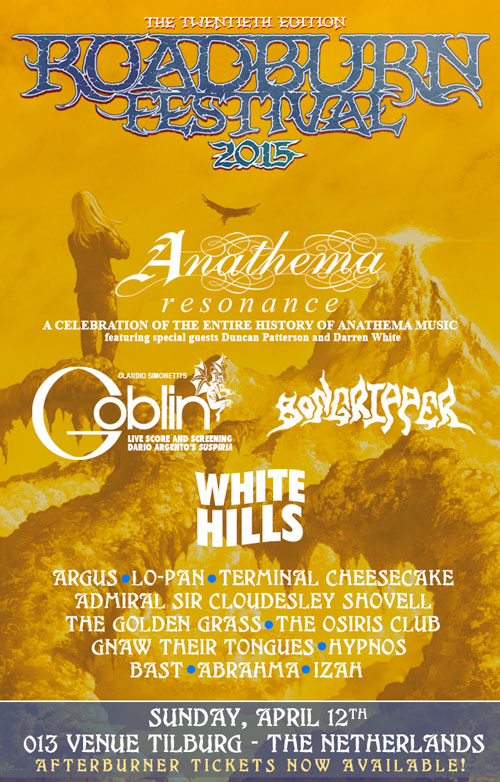 With Roadburn Festival 2015 full line up now announced, tickets are still moving rapidly. Individual day tickets for the Sunday, April 12, (traditionally known as the Afterburner) are now completely sold out, but they still have a limited number of FOUR-DAY tickets (which include the Afterburner), plus THREE-DAY tickets and individual day tickets for THURSDAY, FRIDAY and SATURDAY.

If you particularly want to catch Anathema’s career spanning ‘Resonance’ set, and Claudio Simonetti’s Goblin performing the soundtrack to Suspiria, the 25 remaining FOUR-DAY tickets are your last chance to do so – don’t delay!