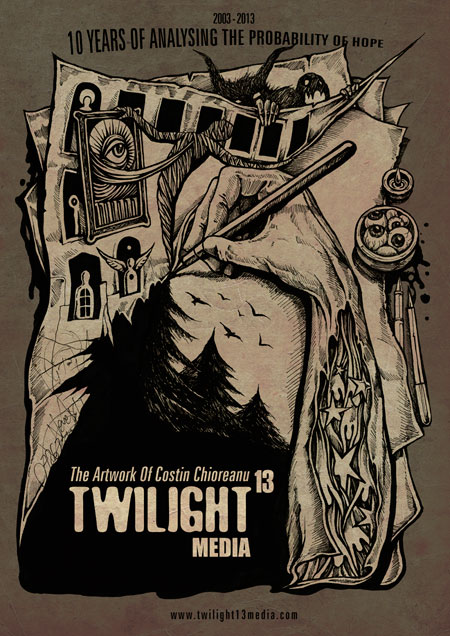 Behold: Artist Costin Chioreanu has set the visual tone for the 2013 Roadburn Festival. After his aesthetic and outlook proved supremely compatible with last year, Roadburn invited him back to put his inimitable signature on the 18th edition of Roadburn by designing the official logo and festival poster.

Roadburn are proud to unveil his official band posters for Gravetemple, Hexvessel, Ihsahn, Leprous, Sigh and Spiritual Beggars. Feast your eyes and see what has sprung forth from his fertile imagination this time. These will be on display in the corridors of the 013 venue during the festival, previews can be viewed below with high resolution images available HERE.

Also, this year marks the 10th anniversary of Costin’s graphic studio Twilight13Media. To celebrate the occasion, in addition to exhibiting his posters in the 013 venue, this highly talented and imaginative artist will provide the video accompaniment for several bands’ live performances at Roadburn 2013. 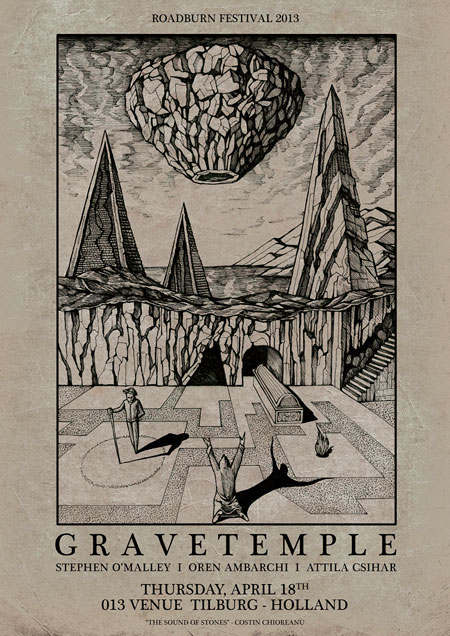 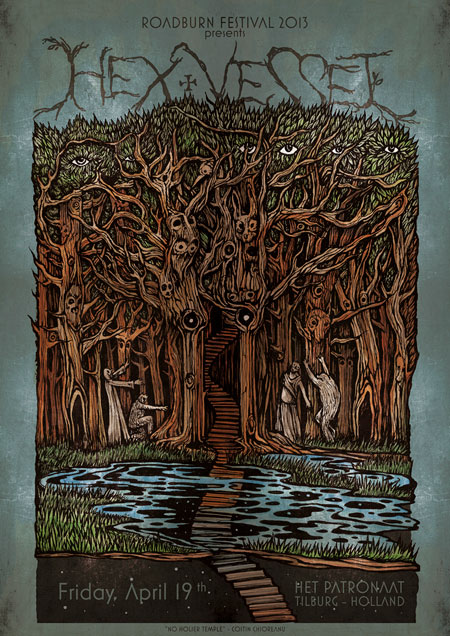 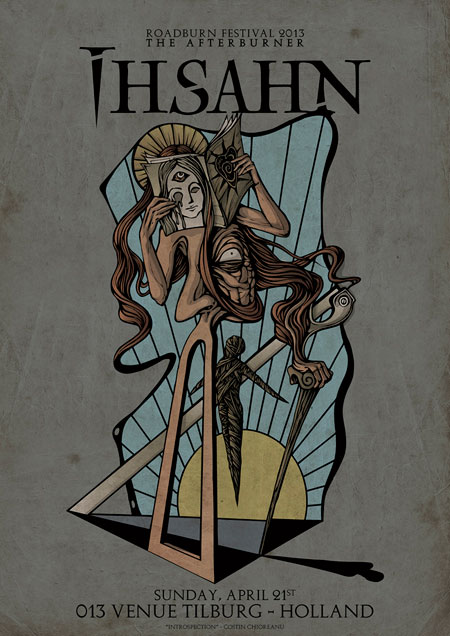 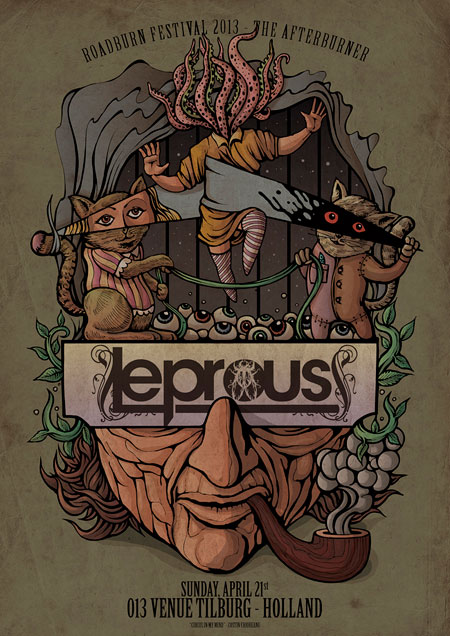 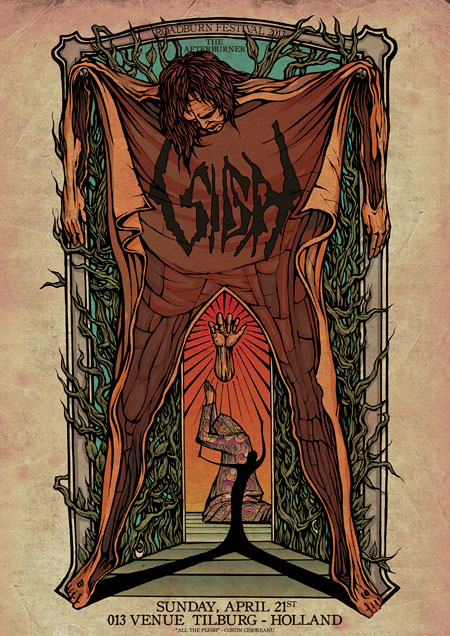 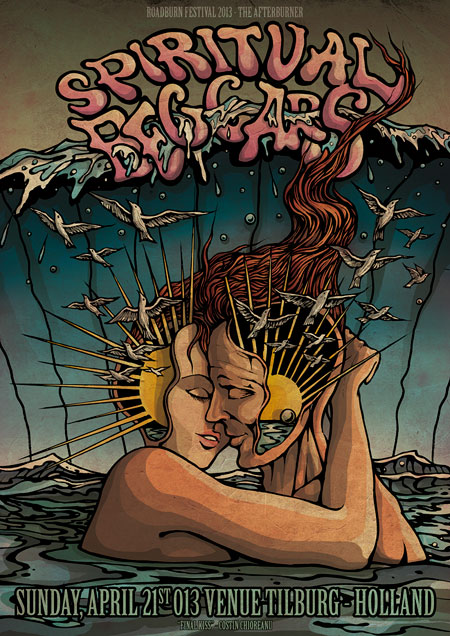