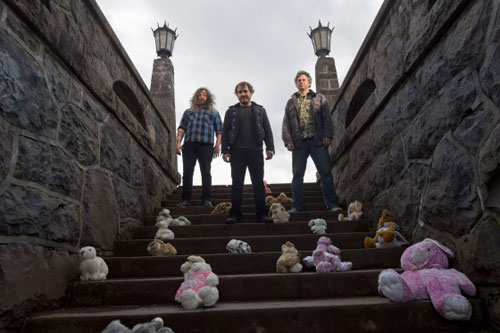 Portland, Oregon’s most steadily producing noise metal tacticians, RABBITS, will release their third studio full-length this Summer via Lamb Unlimited, the label spawned of Chris Spencer of Unsane and Alan Schneider of No More Records.

Debauchery-fueled ruckus, intoxicating hangover nightmares, scathing audio beatings you can’t help but ask for repeat doses of, RABBITS does something brutally infectious with every pulsating moment of their seemingly haphazard but ultimately succinctly executed delivery. Formed in 2003 by three musicians with prior time spent in Angel Hair, The VSS, Hutch and assorted West Coast acts, the contorted tones of RABBITS immediately drew comparisons to Melvins, Karp, Jesus Lizard, Cows, Flipper, Butthole Surfers, Volcano Suns, Harvey Milk and others. Like auditory sandpaper, their grating noise-soaked sludge/rock grooves harshly wears down the listener with a demoralizing and punishing rhythmic attack, with all levels jacked to the max. 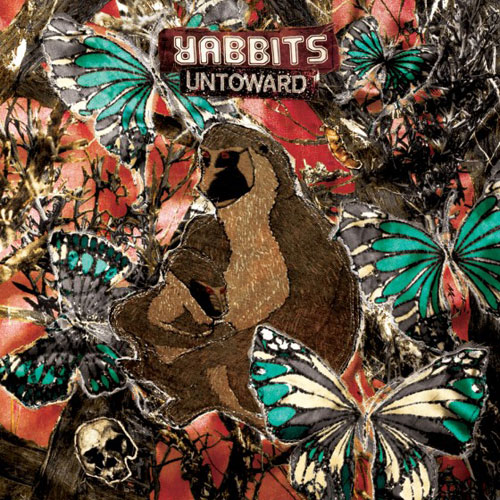 With nearly thirty minutes of all new material, RABBITS’s inbound third LP undertaking, Untoward, captures the snarling trio’s most back-alley, gutter dredging, ultimately sinister cavalcade of captivatingly negative hymns yet, the record exhaustingly tracked live to tape at Type Foundry, Portland in one day and mixed in two. The engineering duties on Untoward were tag-teamed by Jeremy Romagna, who recorded/mixed the band’s Lower Forms debut, their early 7” releases, all the covers on the band’s recent SOS collection, in addition to records from Trees, Tecumseh, Wives and more, and Fester, who recorded the band’s Bites Rites sophomore LP and subsequent splits with Whores and Årabrot, and a long line of other notable acts including Nux Vomica, Usnea, Stoneburner and others, then mastered by Ryan Foster at Foster Mastering.

Lamb Unlimited will welcome RABBITS to their collective releasing Untoward on audiophile LP and digital download on August 12th. The track listing and cover artwork, which was hand-sewn by Anne Mersereau and photographed by James Rexroad, have been released.