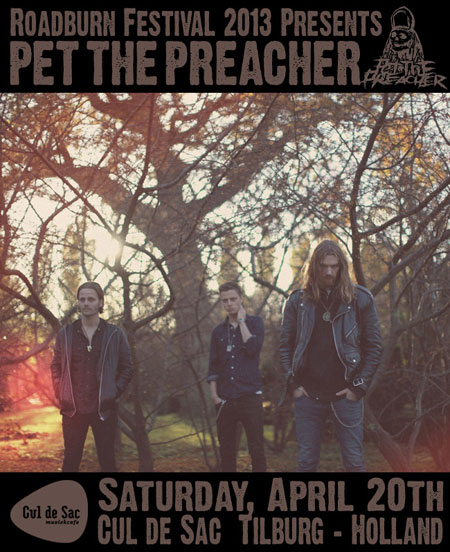 Roadburn are excited to announce that Pet The Preacher will bring their modern day stoner rock to Roadburn 2013 on Saturday, April 20th at the Cul de Sac, which is located across from the 013 venue in Tilburg, Holland.

Hailed as one of the very best rock bands in Denmark today, Pet The Preacher pairs a fuzzy blues affair with New Orleans-style stoner metal. One minute the band is brimming with a dark, almost sinister edge and the next they are morphing into a swaggering, testosterone-driven beast with its claws full of catchy chugging riffs.

Pet The Preacher‘s debut album, The Banjo, thrives on the complexity and thematic feel of these riffs as it tells the story of one man’s struggle to get out of hell while walking the line between blues and sheer rock overdrive.