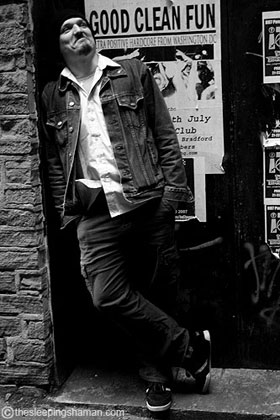 Presenting Paul Catten (vocalist, noise connoisseur, and pianist) as you have never heard him before on his brand new solo album, ‘Themes And Variations For Strings And Electronics’, the track listings are:

i) The Shocking Reality of Reaching Midlife
ii) An Army of Narcoleptics That Swarm Upon Us
iii) The Jedi and the Selective Mute
iv) Sonata for Oscillator and Theremin – estinto
v) Finale: Serenity in an Ocean of Storms 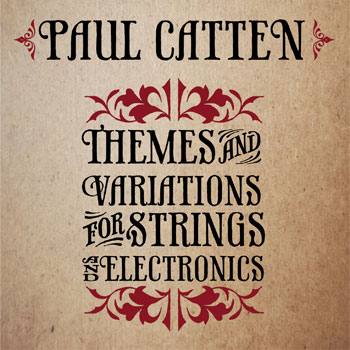 Catten has surrounded himself with his instruments of choice and morphed into the typical hermit (de)composer and has written his most haunting yet most beautiful music to date, ‘Themes And Variations For Strings And Electronics’.

The album was written, recorded, mixed and mastered by Catten himself over the course of late 2010 to early 2011 resulting in a disturbingly dark amalgam of experimental noise and sumptuous classical compositions, recalling the likes of Ben Frost’s acclaimed ‘By The Throat’ album and Brian Reitzell’s soundtrack for ’30 Days Of Night’. A truly impressive album.

Limited to 200 copies, hand printed on an original Victorian letterpress in a gatefold sleeve and to be released on Future Noise on 24 October 2011.

Catten also returns to his metal roots at this year’s Damnation Festival in Leeds, where he will be doing a one-off performance of his older Medulla Nocte material and is also already plotting a unique live show to perform the music from his new album live. Stay tuned for more information!

Now stream the exclusive 1st track ‘The Shocking Reality of Reaching Midlife’ taken from ‘Themes and Variations for Strings And Electronics’.