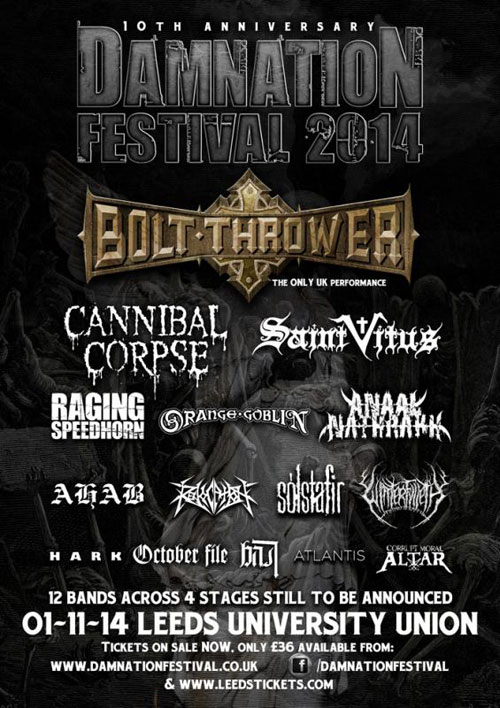 They’ll be joined by black metal quartet WINTERFYLLETH and post-punk outfit OCTOBER FILE, with both bands airing material from their new albums at Leeds University Union on Saturday, November 1.

ORANGE GOBLIN said: “Over the last few years, Damnation has cemented itself into one of the UK’s leading metal festivals, so it is a great honour to be asked back to play for a second time, it is already a great line up of bands, and we can’t wait to be part of it.”

And OCTOBER FILE said: “We are over the moon to be playing what is becoming one of the most important and special events in the UK, Damnation has worked hard to forge a name that is a must for fans and underground talent.”