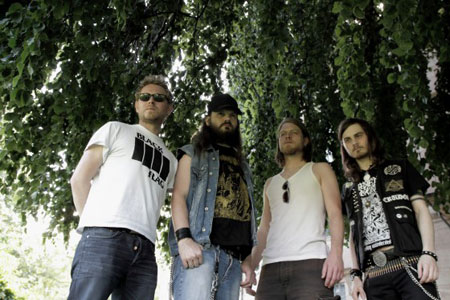 Elusive German doom quartet OBELYSKKH have completed their second full-length, White Lightnin’, confirmed for release via the avant-garde-minded riffmongers at Exile On Mainstream Records during October 2012.

And the aficionados of thunderous riffage at The Obelisk have gladly premiered a brand new track from OBELYSKKH, and not simply because of the obvious name kinship… but because they were the right doomsters for the job. Deafen all in earshot with the fourth track from White Lightnin’, the six-and-a-half minute homage to their previous album, via “Mount Nysa” RIGHT HERE.

Amidst tours and live performances throughout Germany and abroad since their 2008 inception, White Lightnin’ follows-up OBELYSKKH’s long-time-comin’ debut Mount Nysa, which was released in 2011 via now defunct German label Droehnhaus, nearly four years after the band’s formation. Following the immediately incredible response from the doom/sludge scene it received, the band decided against a massive gap until the next album, and over the turn of the year into 2011 set up camp with Billy Anderson (Sleep, Neurosis, Mr. Bungle, Eyehategod, High On Fire, Melvins, etc.) to capture, mix and master their new work.

The more than hour-long White Lightnin’ is a roaring tour de force of catchy, flowing sludge/doom with just the right amount of atmospheric properties to counter its skull-shattering low-end assault, drawing from pure filth through psychedelic soundscapes into postrock and back. The output of OBELYSKKH is crushing but it also breathes some kind of repetitive mantra-like ambition, which clears the air here and there and thus declines total negativity. Diehards of Sleep, Ufomammut, Electric Wizard and labelmates Black Shape of Nexus will unquestionably embrace this outfit’s offerings into their record collections. 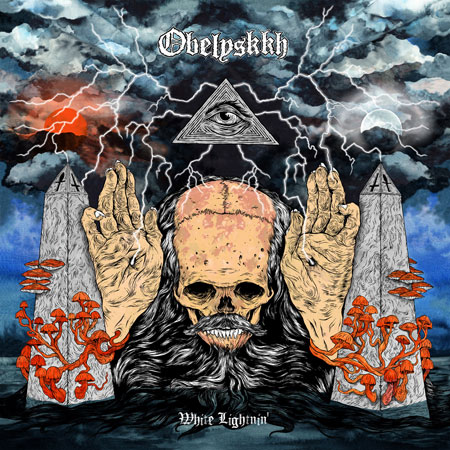