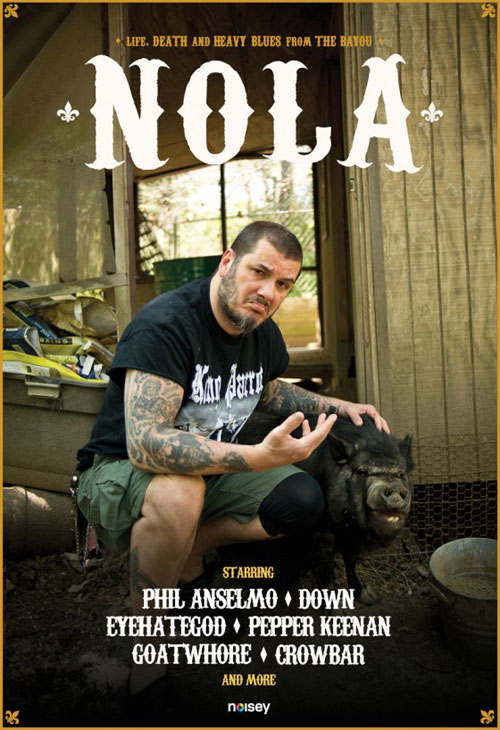 Noisey, the music arm of VICE, is proud to present NOLA: Life, Death And Heavy Blues From The Bayou, episode 1. A seven-part series examining the people and the culture that helped foster bands like Down, EyeHateGod, Crowbar, and so many others, episode 1 features New Orleans native Phil Anselmo who exports his style to Dallas band Pantera, thereby changing the landscape for metal in the ‘90s. Meanwhile, a visit from the Melvins to the New Orleans area would alter music as we know it, while Kirk Windstein of the band Shell Shock was discovering that slower was, for him, indeed heavier.

Starring: Members of Down, Pantera, EyeHateGod, Crowbar, Corrosion Of Conformity, Goatwhore, and more, Noisey delves in deep with the NOLA natives on Tuesdays and Thursdays starting now!