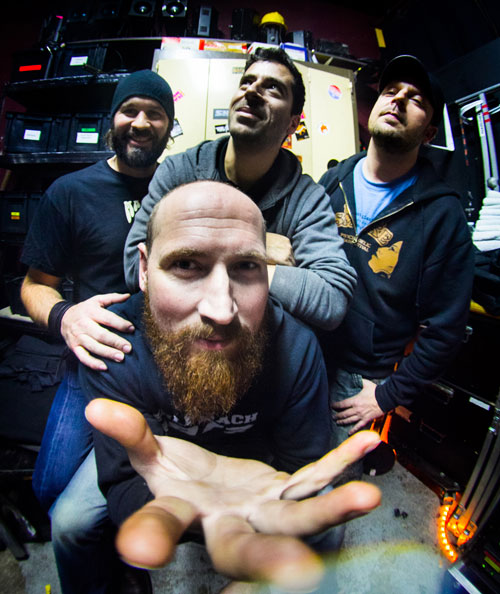 MY SLEEPING KARMA’s gonna get you, gonna knock you off your feet and then fly you away to another universe.

This German troupe have got four records under their asteroid belt since 2006, the last one being Soma in 2012. Their first albums were released on the Elektrohasch label, which gives you an idea of what to expect of the instrumental jams that emanate from sonic explorers Seppi (guitar), Steffen (drums), Norman (keyboards, guitar) and Matte (bass).

On stage they envelope the audience into a swelling cloud of post-rock, space rock and stoner rock, with an emphasis on subtlety and slow-burning intensity. Fans of bands such as 35007, Monkey3 and Hypnos 69 will appreciate the atmospheres MSK craft with their dramatic ebbs and flows. Come share in this oh-so good good ‘Karma with us here at DesertFest 2015!