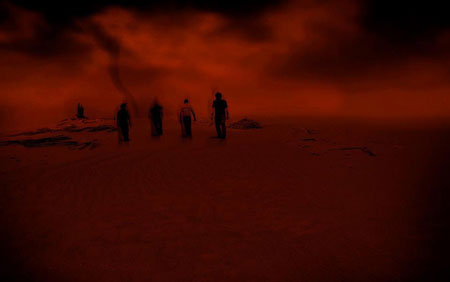 ‘Ride‘ is also the new video from Lisbon, Portugal, Heavy Rockers MISS LAVA which can be seen streamed below or on the bands website, the clip was filmed and directed by none other than Joerg Steineck ( Of ‘Lo Sound Desert’ and ‘Truckfighters’ documentaries fame ), and it was shot in Las Vegas and Red Rock Canyon.