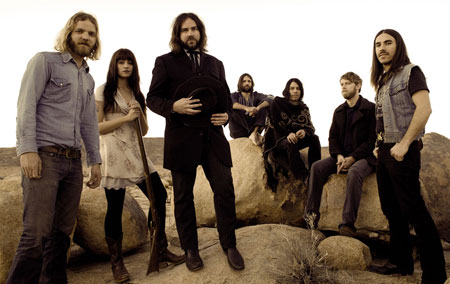 SPINDRIFT‘s fascination with the surreal qualities and legendary mythos of the Wild West, the album is described as a “sonic western exploration into the Great Unknown” and” an homage to “everything Western.” The record was inspired by the group’s 2012 “Ghost Town Tour”, a five week, self-guided tour through more than 20 of America’s western ghost towns. During the trip, many landmarks, tourist attractions (Deadwood, South Dakota), western museums and monuments (such as Cathedral Gorge State Park and Arizona’s Sonoran National Desert) were reached and at every stop along the way, SPINDRIFT made field recordings and performed live, putting their “spin” on classic, Golden Era cowboy songs of the old West.

SPINDRIFT: Ghost of the West is not only a new SPINDRIFT album; it is also a Motion Picture Soundtrack that is being released prior to the feature film companion of the same name (slated for a 2014 release). Eccentric underground film director Burke Roberts and Cinematographers JT Gurzi and Rich Ragsdale were hired to film and document the ghostly five week journey, which brought forgotten history back to life and mimicked the days when Cowboys, Native Americans, Pioneers and Gunfighters ruled the land! SPINDRIFT: Ghost of the West contains more of the signature elements that SPINDRIFT has grown to make their own; singer-songwriter-composer-producer-actor Kirpatrick Thomas’ twangy Spaghetti Western style guitar and heroic baritone is more present and defined than ever before. Pedal steels soar while high sopranos hauntingly bounce through lost cavernous gold mines. Bullfighting music? Check. Campfire Ballads? Check. Native American chants? Check. Awesome plays on cowboy classics like “When I Was A Cowboy” (1934), “Cool Water” (1936), “Buffalo Dream” (1953), “Gunfighter” (1962) and even an amped-up version of “Ghost Riders in the Sky” (which the band recently performed with Dead Kennedy’s Jello Biafra in San Francisco) ride sidesaddle with new SPINDRIFT originals on this one-of-a-kind release. SPINDRIFT: Ghost of the West promises to be the most quintessential psychedelic western crossover album ever made!

Since the release of the band’s 2011 recording Classic Soundtracks Vol. 1, SPINDRIFT has been hard at work crafting an album — and film — about their fascination with the Wild West. The origins of the Ghost of the West album started when Kirpatrick Thomas and bassist David Koenig (ex-The Brian Jonestown Massacre) would entertain remaining stragglers with old acoustic campfire ballads after SPINDRIFT shows in Joshua Tree, California. Pioneertown, CA to be exact (the birthplace of Roy Rogers, Gene Autry, and The Sons of the Pioneers).

While SPINDRIFT‘s previous album and film combo The Legend of God’s Gun (2008) was a Grindhouse Psychedelic Spaghetti Western Rock ‘N’ Roll masterpiece, Ghost of the West picks up on the more factual “real” forgotten past of the old West, bringing that ghostly history back to life! 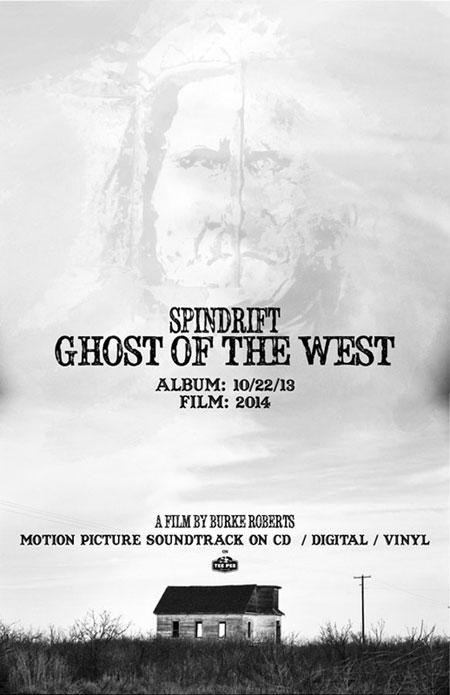 SPINDRIFT has featured members of psychedelia pushers like The Warlocks, The Brian Jonestown Massacre and Psychic TV! The band has cited the Sergio Leone film “Once Upon a Time in the West” and Sam Peckinpah‘s “The Wild Bunch” as cinematic influences on its music and overall style. SPINDRIFT music has appeared in the feature film Hell Ride produced by Quentin Tarantino, the VICE documentary series “Coffin Joe” and the HBO Comedy series “Eastbound & Down“.

“Spindrift has spent the last few years mashing westerns and psych-rock into a hybrid mind-wipe. It certainly has the resume for it. The band features ex-members of psychedelia pushers like The Warlocks, The Brian Jonestown Massacre and Psychic TV, and Quentin Tarantino inserted Spindrift’s “Indian Ride” into his exploitation flick Hell Ride.” – WIRED

“When pastiche topples over into outright worship, it’s important to make sure your tributes to the greats measure up. The target of Spindrift’s idolatory are the Italian school of spaghetti western composers and, for the most part, they make a pretty good fist of evoking the right atmosphere…cool and foreboding twangy instrumentals” – ROLLING STONE

Salute To The Sun With Black Pyramid At DesertFest London 2015!