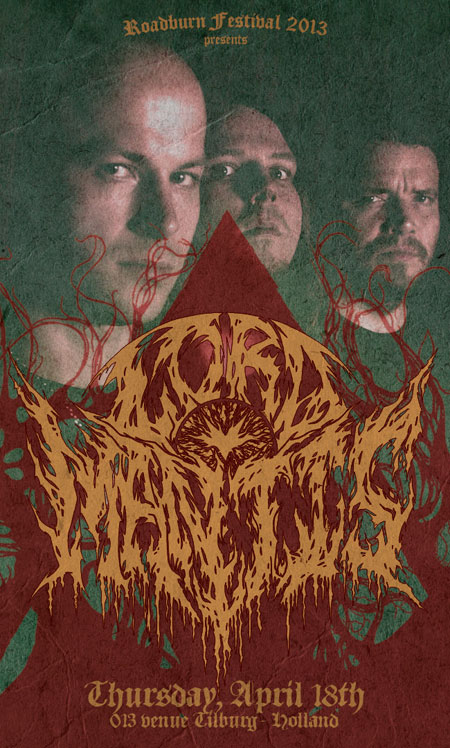 Straight from the back alleys and gutters of Chicago, Lord Mantis will bring their deformed version of blackened sludge to Roadburn Festival 2013 on Thursday, April 18th at the 013 venue in Tilburg, Holland.

Featuring members of Nachtmystium, Lord Mantis will embark on their first ever European tour in a three-piece (per)version of the band. Musically, Lord Mantis comes from several places at once: On the surface, the entire package of filth, sadism, oppression and loathing seems to be blackened sludge, but delve deeper and one can hear a perverted sense of melody, next to elements (a galloping rhythm section, slow and claustrophobic industrial dirges, a harsh concrete-like guitar tone) of Neurosis, Celtic Frost and even Godflesh.

Lord Mantis‘ second full-length, Pervertor, is a perfect storm of perverse grandeur, and one can only imagine that all those at Roadburn witnessing the band will be either glorying in their repellent dross and filth or descending into the bleakest, deepest septic sounds of hell, or for the lucky, both!