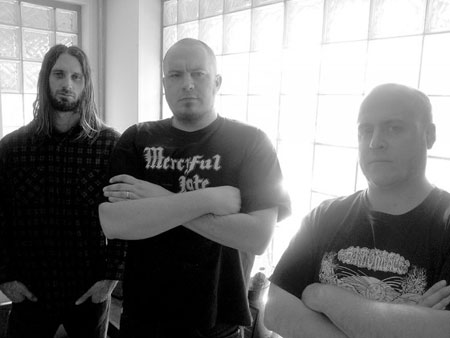 Godslayer, the latest mayhem from Midwestern riffcrushers LAIR OF THE MINOTAUR, will storm out of the chasms this weekend.

Celebrating ten years of carnage, and being specifically being released as part of Record Store Day, the two-song Godslayer 7” is the first new material from LOTM since their crushing 2010-released fourth full-length Evil Power, boasting some of the most gnarly carnage from the trio to date. Mastered by Scott Hull (Pig Destroyer) and boasting cover art by visual artist Tom Denney, Godslayer will see a limited 7” run of 300 copies as well as digital release through iTunes, Amazon and the like. As with Evil Power¸ Godslayer will be unleashed on band’s The Grind-House Records hitting for Record Store Day this Saturday, April 20th. The band will have a small arsenal of Godslayer vinyl available directly on Tuesday, April 23rd for those who don’t catch it at RSD.

Coinciding with Godslayer, LAIR OF THE MINOTAUR will unleash the new tunes live with a free hometown Record Store Day show at Reckless Records in Chicago’s Wicker Park this Saturday at 4pm. A week later the band will join High on Fire, Municipal Waste, Pig Destroyer, Sweet Cobra and Bloodiest at 3 Floyds Brewery in Munster, Indiana at the annual Darklord Day melee, where LOTM will also unveil the newest batch of their punishing Evil Power Imperial Pilsner. 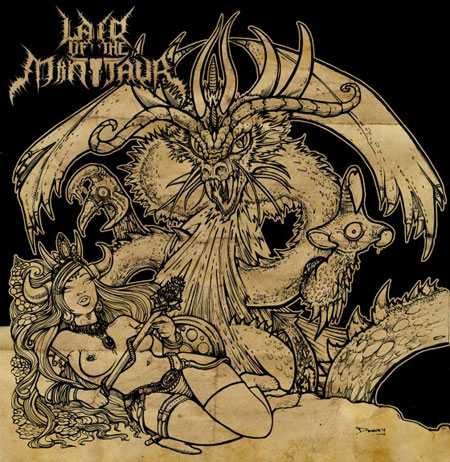