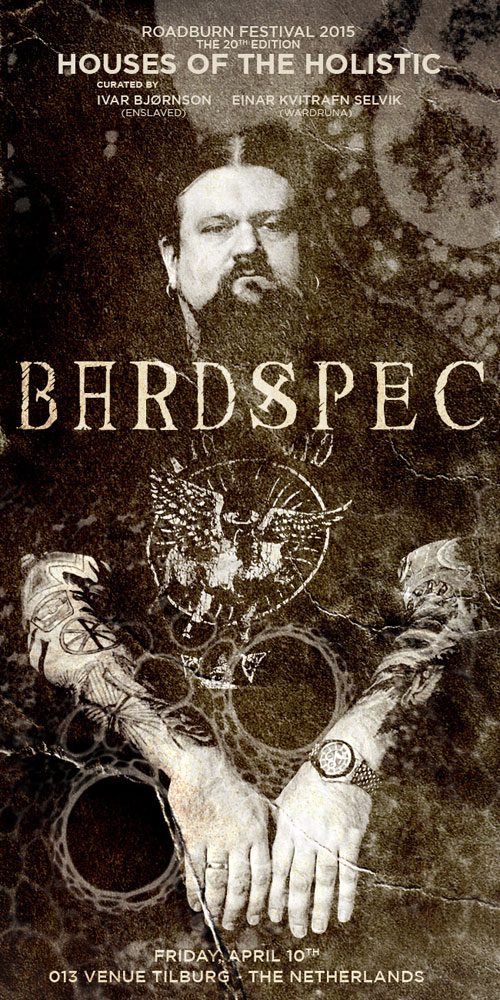 BardSpec is an the Ambient project / band from Enslaved composer/ guitarist Ivar Bjørnson. It will debut at Houses Of The Holistic, his and Wardruna‘s Einar “Kvitrafn” Selvik’s curated Roadburn event on Friday, April 10 at the 013 venue in Tilburg, The Netherlands, and features the simple set up of Ivar, his computer, some keys, a few strings, a pedal or two and a video canon.

The direction is dark, surprisingly rhythmic and hypnotic-psychedelic. Thematically, in sound and concept, BardSpec is about minimizing, cutting away, subtracting and meditating upon the simplest essence of “things”; the single points, bones and salt particles; the basic elements and building blocks that make up the whole. After Roadburn 2015, BardSpec will continue out into existence as a full-fledged band / project, with an album release on the gloomy, pulsating horizon.