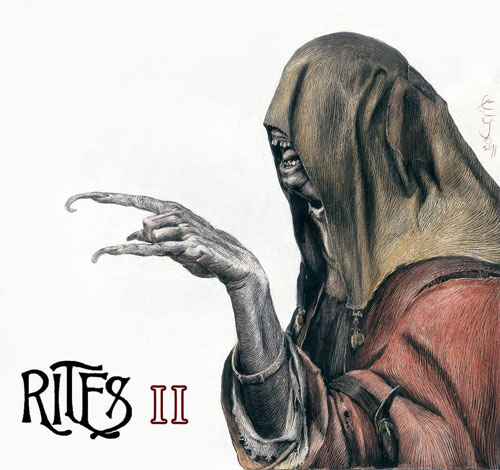 Galway’s RITES reek down despair to the unsuspecting Doom underworld with the release of their 2nd album, simply entitled ‘II’. The 4 tracker follows their debut self-release album which Paul praised about in his review HERE and a split 7” with DUKATALON that was released in 2012 via Hell Comes Home.

And now as we approach the grip of winter, RITES bludgeon us with the heavy doom of ‘II’, which you can now stream below, but also download for FREE or if you’re feeling particularly generous, Name Your Price, from the bands Bandcamp page HERE.