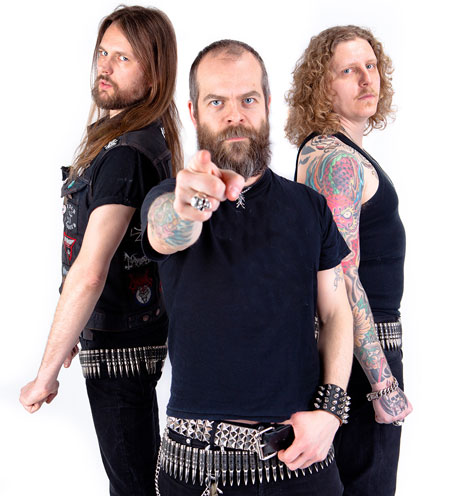 Swedish riff lords GRAND MAGUS recently started the recording of the follow-up to last year’s crushing release, The Hunt. The band has been recording since September of this year and filming update clips for fans whilst hauled up inside the studio. Watch the most recent clip featuring bassist Fox talking fans through his bass rig set up for the recording:

You can also watch a clip featuring drummer Ludwig talking fans through his drum rig and set up for the recording:

GRAND MAGUS decided not to break up the dream team that worked on the previous album and have again enlisted the skills of Nico Elgstrand to produce the album, as well as the engineering force that is Staffan Karlsson to mix it. 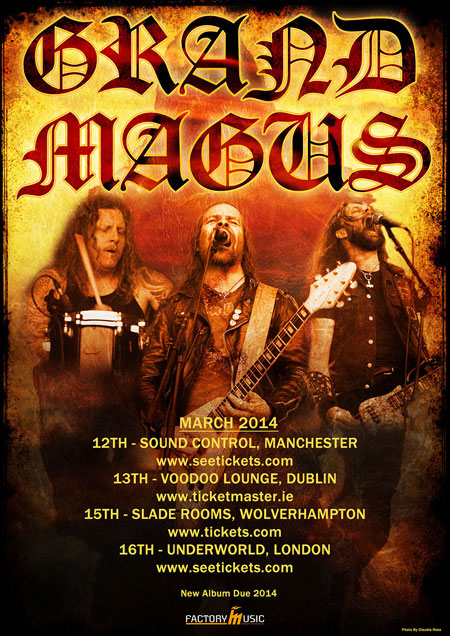