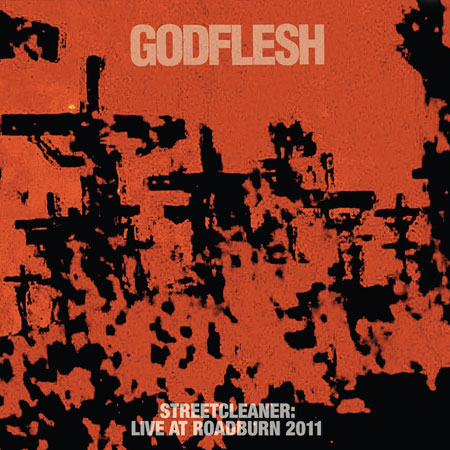 Roadburn are elated to announce the upcoming release of Godflesh’s Streetcleaner: Live at Roadburn 2011. Their second official festival album captures the Birmingham’s post-punk / industrial behemoths during their stunning performance of this seminal album in full, including the Tiny Tears EP, which was conceived as part of the overall Streetcleaner vision.

Roadburn regard Godflesh as one of the biggest influences on the burgeoning doom, sludge and drone scenes alongside their Birmingham forebears Black Sabbath. The artistic resonance of Streetcleaner can be heard and felt throughout the entire festival.

When you consider its ability to create an all-encompassing yet devastatingly claustrophobic vision from minimalist means, the guitar textures that would later be siphoned off into Justin Broadrick’s and Benny Green’s respective drone projects, Final and Vitriol, and its willingness to meet the abyss head-on, you realize that all of these elements have been a part of Roadburn for years.

Recorded by Marcel van de Vondervoort (Torture Garden Studio) and Robert de Lorijn, and mixed by Justin Broadrick, Godflesh‘s Streetcleaner: Live at Roadburn 2011 will be available as a vinyl-only release on Thursday, April 18.

What better way to celebrate Godflesh’s headline performance at this year’s Roadburn Festival, during which the band will play Pure in its entirety for the first time, than to release the band’s highly acclaimed Streetcleaner performance on the festival’s own label.