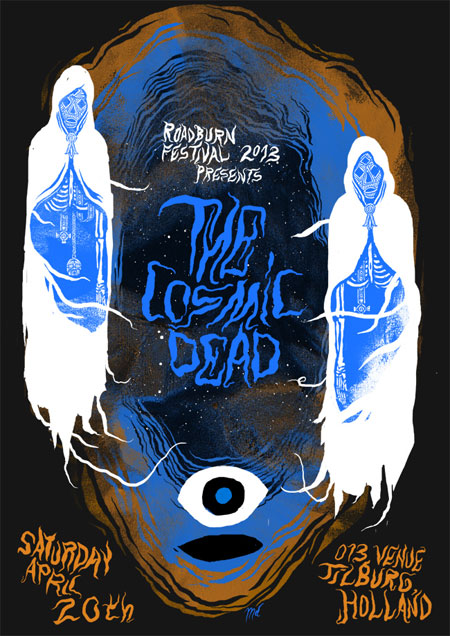 Glasgow’s The Cosmic Dead will bring their  jammy space-rock to Roadburn Festival 2013 on Saturday, April 20th at the 013 venue in Tilburg, Holland.

“Since 2010, The Cosmic Dead have been exploring the outer reaches of Krautrock, doom and psychedelia, tasting the extremes of sound and fusing them into a single, all-enveloping web of stratospheric riffing, otherworldly ambience and kosmische textures that has spread itself across countless shows throughout the UK, two full-lengths and a live collaboration with the king of Can, Damo Suzuki.

For anyone who hasn’t yet stood before the Dead and their live homage to the cosmos, expect religious devotion to synthesised dreamworlds, subsonic grooves, guitaristic splendour and the vast, hypnotic sounds of Hawkwind and Popol Vuh eternally jamming in the Möbius strip of time and space” –David Bowes.