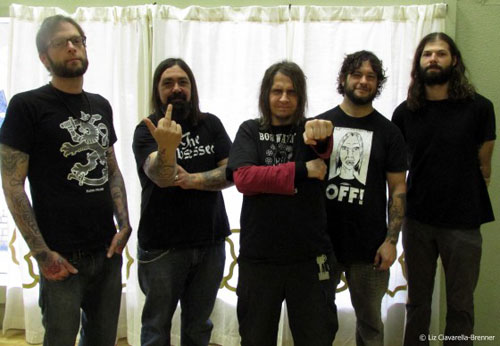 Comments the band: “We believe these things happen for a reason and have now arranged a number of pick up gigs on the West Coast. Sincere apologies to our Australian friends and fans. We love you and are truly disappointed in what happened. We are already in talks to reschedule the tour and get back over as soon as possible.” 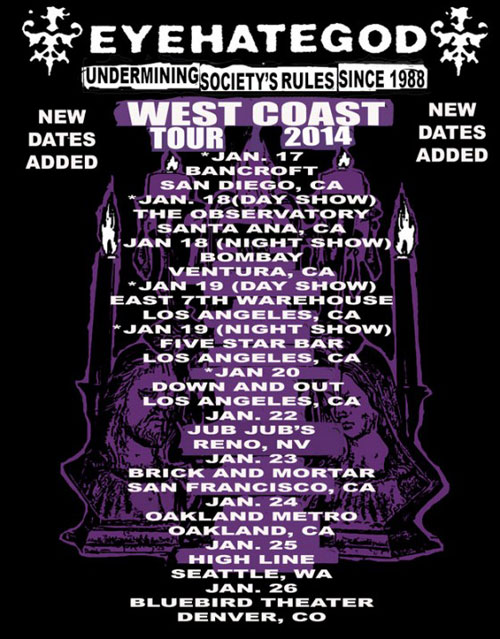 Can’t make your way West? Check out EYEHATEGOD’s guest appearance on the The Very “M.A.N.I.C.” Jimmy Cabbs Show this Sunday from 1:00pm – 4:00pm PST at THIS LOCATION.