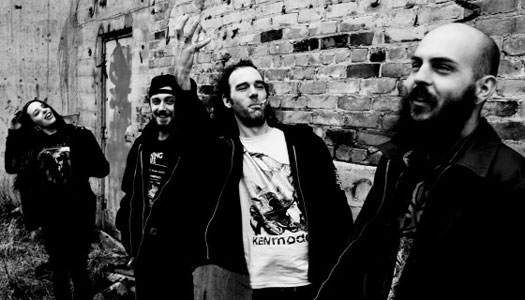 Earsplit’s new label faction, The Compound, exposes the entire new Flies EP, from Milwaukee’s spiteful sect, ENABLER, the first in an upcoming line of releases from killer underground acts who prefer to skulk in the shadows rather than bathe in the spotlight.

ENABLER’s brutalizing attack, seemingly constantly drowning in a sea of morose, melodic riffage with no help in sight, is at its most stripped-down and primed on Flies, the EP taking the punk-fueled, metallic anguish the horde has championed for years into the future with another infectious slab of downbeat misery whose pungent attributes will continue to draw the swarms to the flames. Today, all six angst/aggression-ridden anthems on the Flies EP are now streaming at Revolver Magazine’s web depot.

Choke on the cloud of Flies at Revolver, RIGHT HERE.

This week, Earsplit Distro has posted preorders for the digipak version of Flies, which as of now is the sole outlet from which the CD can be ordered. The high-quality and eco-friendly delivery of this six-song release — boasting five new ENABLER tracks and a cover of Sepultura’s “Arise” — is now available worldwide HERE.

Flies can also be purchased directly from ENABLER digitally HERE. 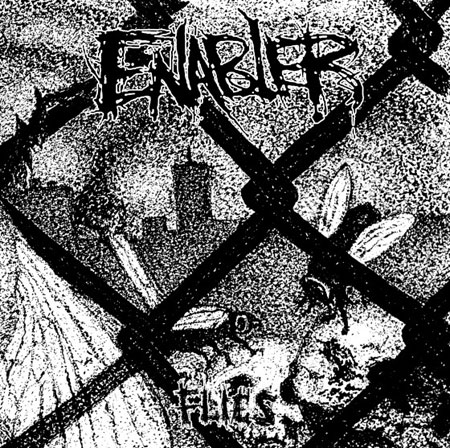 ENABLER has confirmed several November gigs in support of Flies, including a show in Chicago with Pelican on the 13th, Saint Louis and Chicago shows with Agrimonia and TOAD on the 21st and 22nd, respectively, and a double-dose of Flies release shows on November 23rd, the band to play a matinee show followed by another melee that evening.

Amassed in a duo of spur-of-the-moment sessions in Minneapolis and Australia earlier this year, the unplanned recordings that were to become ENABLER’s new Flies EP is the newest in the band’s quickly-expanding catalog of releases, including their Southern Lord-released debut LP, All Hail The Void, and subsequent Shift Of Redemption EP, unveiled earlier this year via Think Fast! Records. Mastered by Brad Boatright at Audiosiege (From Ashes Rise, Integrity, Tragedy, All Pigs Must Die), the patented ENABLER alloy of crust, punk and hardcore, relentlessly gloomy melodies and perpetually cynical “fuck off” vibes all surge heavily on Flies.