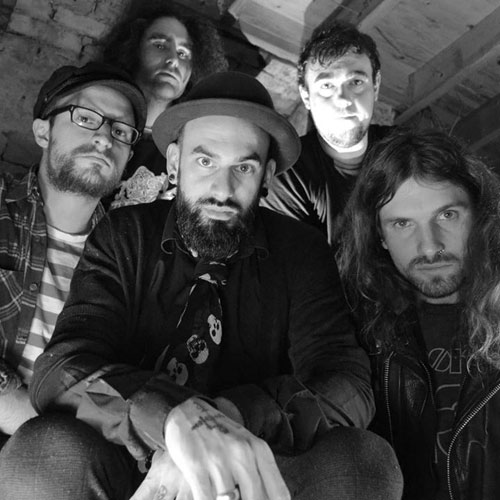 It is with mixed feelings that we announce that DesertFest is to play host to final outing of Cardiff psych-rockers, The Witches Drum; a fuzzy quartet of spaced-out, foot-stomping rock n’ roll.

Sometimes heading towards the bluesy, but often rooted in the funky, The Witches Drum are quite simply brimming with essential good time tunes. Held together by vocalist Fry, who is Wyndorfian in both vocal style and lyrical content, the madness that wails from the somewhat experimental guitars is infectious beyond belief and, again, closest compared with Monster Magnet’s earlier cannon when they reach their more progressive edges. Stick on their sole release, ‘Future Kings of an Empty Throne’, and you’ll find yourself manically head-bobbing through a half-hour that, if this is their only material, is only too short; though I can’t complain when eight minutes of that release is comprised of the delightful ‘Fishin’ for Ships’.

But all good things must come to an end, and what better way to end than at DesertFest London 2014? There’s just enough time for one last bang of The Witches Drum.