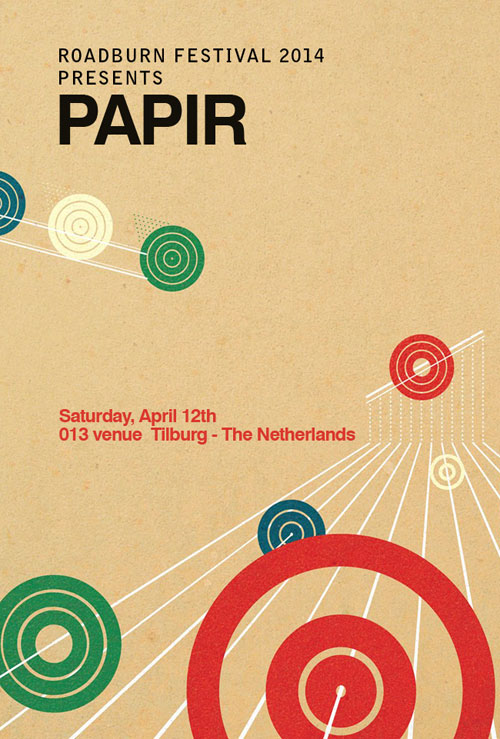 Roadburn are on their own path and ensure that when booking the festival it encompasses everything they like – from krautrock through post rock to heavy psych.

Papir, hailing from the suburbs of Copenhagen, are definitely kindred spirits, as this fascinating instrumental three piece have created their own extraordinary type of semi-improvised psychedelic rock by transcending the usual labels – something Roadburn immensely admire. Thus they simply can’t wait to dive headfirst into the band’s richly textured sound on Saturday, April 12 at the 013 venue in Tilburg, The Netherlands.

Sounding vital and fresh, Papir‘s cutting-edge take on psychedelica doesn’t hark back to a bygone era, but voyages through lush valleys of atmospheric soundscapes into peaks of wah wah driven, explosive guitar solos, all propelled by jazz-inflicted motorik grooves that serve to give the louder parts more impact.

The band’s use of balance and structure, freedom and power, heaviness and laid back atmospheres comes to full fruition on their latest album, the terrific III, out on Causa Sui‘s adventurous El Paraiso label, and puts Papir squarely in the vanguard of the booming European psychedelic rock scene.