Caveman Battle Doomers CONAN have announced details of their new album, and their first for Napalm Records.

Recorded at CONAN’s Guitarist/Vocalist’s Jon Davis newly opened studio SkyHammer, with Chris Fielding at the helm, the title of this crushing record will be forever known as ‘Blood Eagle’, artwork was once again handled by the talented Tony Roberts and will be available on Gatefold Vinyl, Digipack CD and Digital formats with the official street dates as follows:

Jon Davis commented on the album “We are proud to show you the tracklist and artwork for our next album BLOOD EAGLE. Recorded at Skyhammer Studio, by Chris Fielding, and mastered by James Plotkin this album follows on from Monnos and Horseback Battle Hammer and combines elements of both sporting amazing inner and outer sleeve art by Tony Roberts. We look forward to playing these tracks live on our upcoming UK and European tours. Hail” 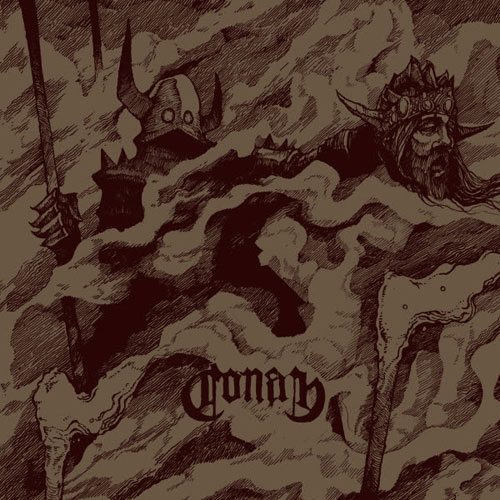 In the meantime, you can stream the track ’Foehammer’ from their performance at this year’s DesertFest below: