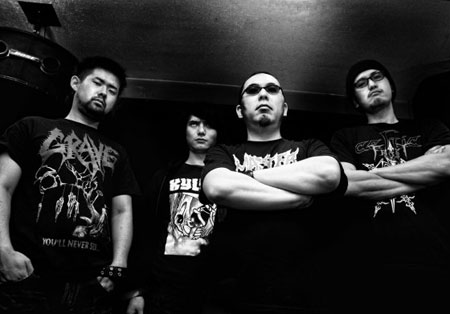 Ahead of its release next week, COFFINS are streaming their brand new album via the Terrorizer website from today. The Fleshland is one of the most anticipated death/doom albums of the year, and is the fourth full-length from the band. The album can be streamed HERE.

COFFINS recently released an animated lyric video to accompany the track The Vacant Pale Vessel. The video brings to life the album cover’s intense and gorestrewn artwork – which was created by Chris Moyen (Black Witchery, Incantation, Blasphemy). The video is viewable below and over on YouTube HERE. 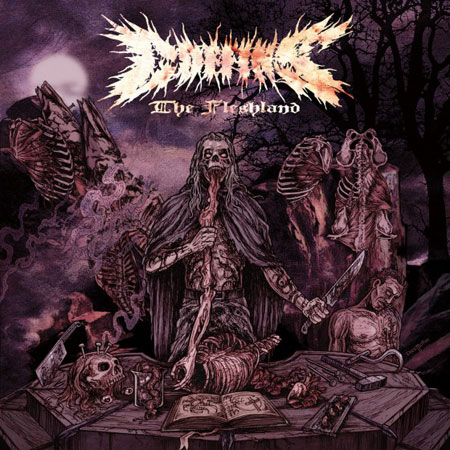 The Fleshland is COFFINS‘ first release for Relapse Records, and was recorded in Tokyo’s Noise Room studio with engineer Shigenori Kobayashi. The band – now a four-piece produced the album themselves with vocalist Uchino at the helm. Relapse will release The Fleshland via CD, download and mammoth 2xLP, including a deluxe black and white artwork edition available only via Relapse mailorder. Preorder package are available HERE.

COFFINS will be on the road throughout the summer, including performances at Party San and Brutal Assault festivals.

The Fleshland will be released via Relapse Records on July 8th.