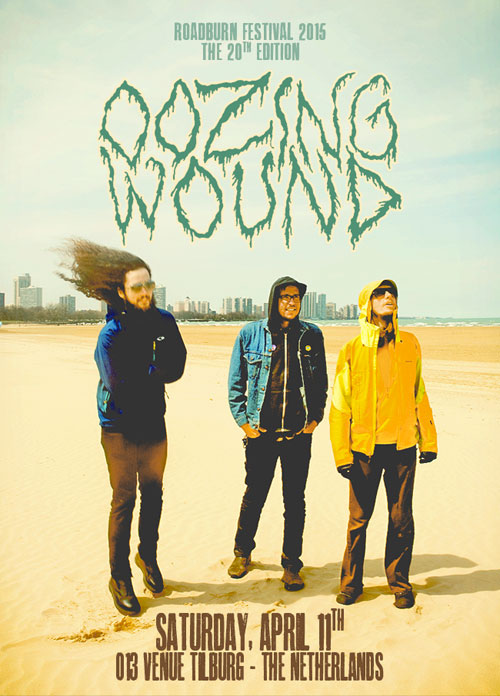 Buckle up! Are you ready for some of the filthiest, snottiest, relentless and downright loud crossover thrash this side of early 80s Metallica, Slayer and Suicidal Tendencies? Then look no further, as Chi-town’s Oozing Wound are here to supercharge the 20th edition of Roadburn Festival on Saturday, April 11, 2015 at the 013 venue in Tilburg, The Netherlands.

Hyperbole aside, Oozing Wound’s stoner-tinged, good-humored thrash metal has earned them praise from Terrorizer, Metal Hammer and Decibel among others, as the band’s debut full-length, Retrash (clocking in at just over thirty minutes), is a raucous, volatile, obnoxious, bulldozing affair, which heaves and stomps through righteous thrash with an AmRep noise rock vibe, too!

Oozing Wound are currently set to release Earth Suck, the explosive follow-up to Retrash, on October 20th in Europe via Thrill Jockey. Earth Suck’s collection of destructive trash, teetering on the knife edge of control and collapse, will come crashing through the gates with razor-sharp riffage and sonic bolts of electricity, only to turn Roadburn into a basement circle pit frenzy!