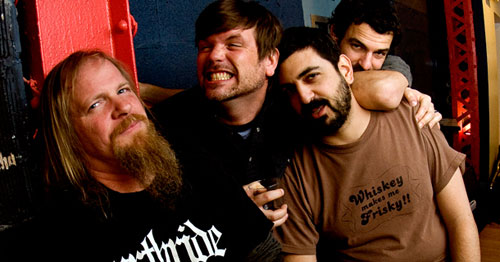 Fans, collectors, and vinyl completists rejoice! Today BORRACHO announced that “Plunge/Return“, the epic closing track from their 2011 debut Splitting Sky, will finally see vinyl release on November 27 via Strange Magic Records. The track — previously unreleased on vinyl — will be available on this limited edition 10″ slab, after being excluded from the limited edition vinyl LP released by No Balls Records because of its length.

The B side is a previously unreleased live version of “Grab the Reins” recorded in December 2011 at the Velvet Lounge in Borracho’s hometown of Washington DC. Three color options will be available — clear, transparent blue, and solid white — all on high quality wax. Hand numbered gatefold sleeves seal the deal on this collector’s dream.

Splitting Sky, from which both songs on the 10″ come from, was met with praise both critical and organic. The album scored glowing reviews and high end-of-year rankings from Heavy Planet, The Sodashop, The Obelisk, The Ripple Effect and Sludgelord, among many others. Having the lone track that didn’t make the LP pressed to wax is sure to please fans and collectors, as it sure as hell pleases the band. 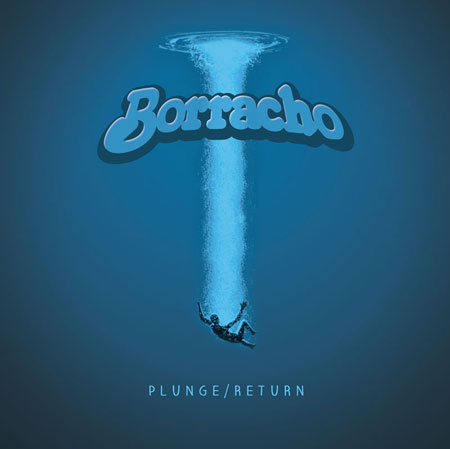 “We’ve been plotting to do this release for so long, and we’re really excited and proud to be able to get Plunge/Return onto vinyl. The amazing presentation is icing on the cake,” remarked vocalist/guitarist Noah Greenberg. And so, 13 months after Splitting Sky got the vinyl treatment, it’s crowning epic now gets the treatment as well. Preorder is now available via the band’s Bandcamp page or directly from Strange Magic Records.

Get Drunk On Urfaust At Roadburn Festival 2015