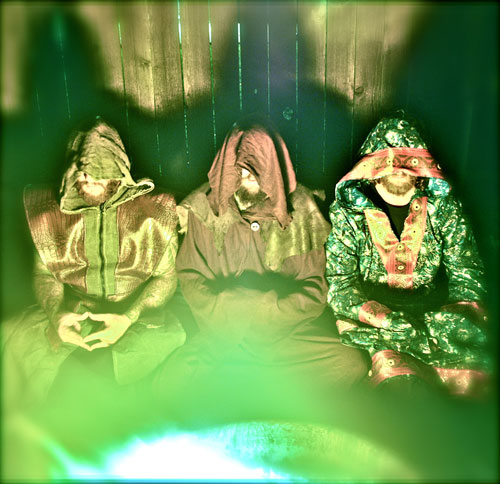 BLACKWITCH PUDDING hit the road yesterday for their four-week US West Coast Tour, it kicked off last night at The Highline in Seattle and tonight they play Lucky’s Bar in Eugene. Their live shows are reported to be ridiculously awesome, complete with full-wizard-regalia, fog machines and one-handed guitar solos while doing shots of whiskey, undoubtedly! 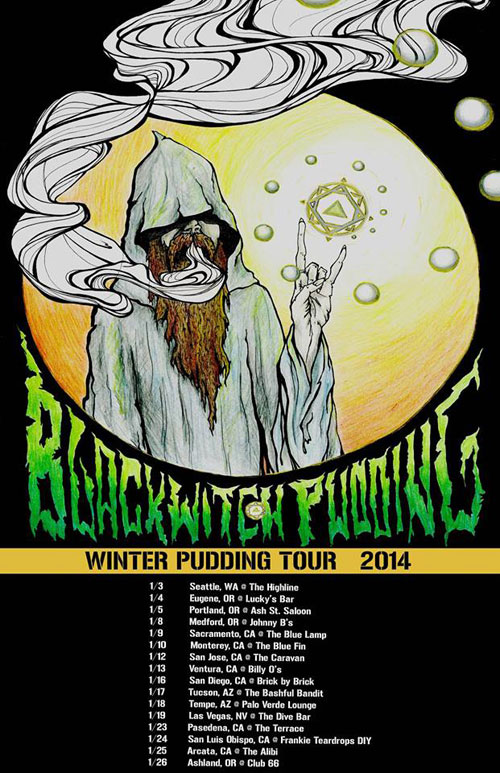 Paying Homage to the rotten filth from which they were born, BLACKWITCH PUDDING are a band of three wizards who dwell in Portland, Oregon. Legend has it they are the bastard sons of Satan, raised from a stagnant used puddle of ergot, left by the mysterious Blackwitch, hundreds of years ago. Trained in the dark arts of doom and witchery, these Wizards wander the cosmos in search of nothing, for their path is a simple one: the riffs must be heavy and the smoke must be heavier.

Taste the Pudding is BLACKWITCH PUDDING‘s self-released debut (Ross’ review can be read HERE). Heavy, yet catchy, the riffs cast by this power trio of wizards will leave you spellbound. The album was conjured at Toadhouse Studio, an established sonic proving ground that has churned out gems by the likes of Red Fang, White Orange, and Norska. Mixing, mastering, and final touches were handled by the legendary Billy Anderson, well known for his work with The Melvins, OM, Agalloch, Blood Ceremony, Neurosis, Sleep, Weedeater, and many, many more.