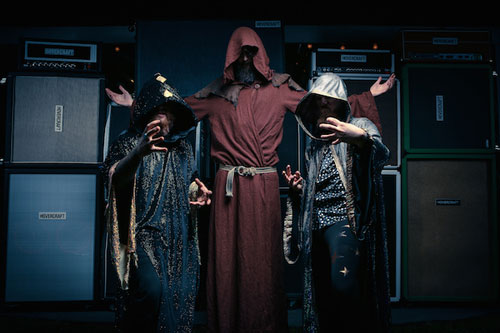 Infamous, Portland-dwelling doom wizards and bastard sons of Satan BLACKWITCH PUDDING have been given the honor of the first-ever band endorsement from their hometown’s own boutique, custom, recycled amplifier company, Hovercraft Amplifiers.

“Hovercraft is happy to be working with local heavy heads Blackwitch Pudding who have been demoing our new line of cabs. Nial, (the Hovercraft gear wizard) built his first 6×12 cab w Celestion v70 speakers. The results were crushing. Naturally the weird wizards of BWP were into it and wanted more, so we figured why not have them use our gear and get it out there? It seems like a good fit to show what we are capable of since these guys shred, probably turn the volume up to 11 and worship tone like we do.”

“We wizards of Blackwitch Pudding are proud to announce our endorsement of Hovercraft amplifiers and cabs. The maniacal Sonic Wizard Nial has conjured up some of the finest speakers and amps in his cosmic soundcraft laboratory for us to shred upon. We could not think of a more perfect match and will play the shit out of these amps ’til the universe explodes!”

Catch BLACKWITCH PUDDING and their army of custom Hovercraft Amplifiers at their upcoming shows: 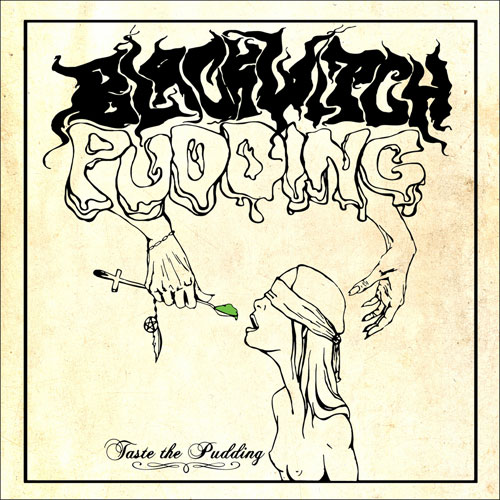 Paying Homage to the rotten filth from which they were born, BLACKWITCH PUDDING are a band of three wizards, Space Wizard (guitar and vocals), Lizard Wizard (bass and vocals) and Wizard Wizard (drums and vocals), who dwell in Portland, Oregon. Legend has it they are the bastard sons of Satan, raised from a stagnant used puddle of ergot, left by the mysterious Blackwitch, hundreds of years ago. Trained in the dark arts of doom and witchery, these Wizards wander the cosmos in search of nothing, for their path is a simple one: the riffs must be heavy and the smoke must be heavier.

Taste The Pudding is BLACKWITCH PUDDING‘s self-released debut. Heavy, yet catchy, the riffs cast by this power trio of wizards will leave you spellbound. The album was conjured at Toadhouse Studio, an established sonic proving ground that has churned out gems by the likes of Red Fang, White Orange, and Norska. Mixing, mastering, and final touches were handled by the legendary Billy Anderson, well known for his work with The Melvins, OM, Agalloch, Blood Ceremony, Neurosis, Sleep, Weedeater, and many, many more.

You can also read Ross’ review for Taste The Pudding HERE and an interview he conducted with The Dark Wizards right HERE. 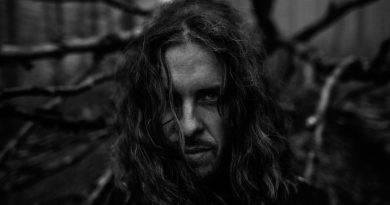