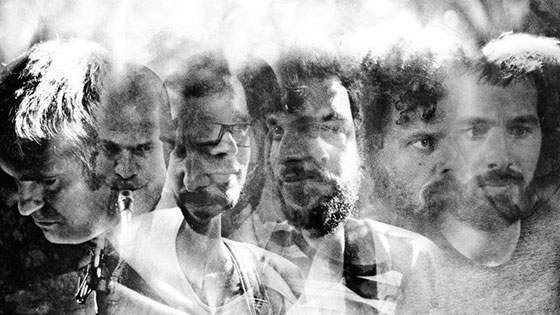 The first is a collaboration with post-jazz ensemble La La La Ressonance simply called ‘Black Bombaim & La La La Ressonance’ or BBLLLR for short, all of the record was captured live in a forest, everything was filmed and you can find out more on the official website HERE.

Permanent Records also reissued their 1st album, Saturdays And Space Travels in the US as a Record Store Day 2014 exclusive, more info can be found on the labels website HERE.

And last, but by no means least on the releases front, BLACK BOMBAIM’s 3rd album ‘Far Out” is a 35 minute avalanche of fuzzed out guitars and otherwordly grooves which also features a collaboration with free jazz tenor saxophonist Rodrigo Amado and Luís Fernandes, aka The Astroboy, on the modular synthesizer. This slab of wax is out now via Cardinal Fuzz and Lovers & Lollypops and you can also read Guido’s recent review HERE.

And if that wasn’t enough, in support of these releases, BLACK BOMBAIM will also be hitting the roads of Europe next week, dates below and the band have also been confirmed to play a few festivals this summer which includes the famous Boom Festival, the brand new Reverence Festival and the psychedelic Mecca that is the Liverpool International Festival Of Psychedelia.