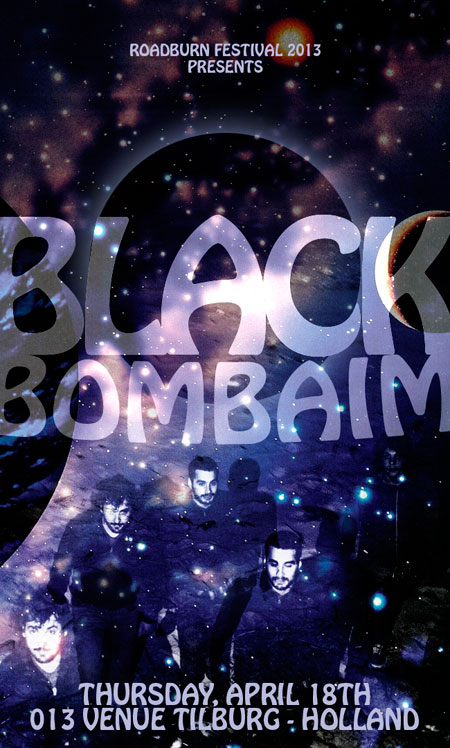 Looking for psych-spiced space jams? In search of a little something to expand your mind? Brothers and sisters, Roadburn are pleased to announce that Portugal’s Black Bombaim will be bringing their largely instrumental and experimental heaviness to Roadburn Festival 2013 on Thursday, April 18th at the 013 venue in Tilburg, Holland.

While there are plenty of loyal ‘burners who make the trek from the Iberian peninsula to the festival each spring, this is the first time in Roadburn history that a Portuguese band will be on the bill and we are very excited about it. Currently riding high on the release of their latest album Titans, featuring guests including Steve Mackay (Stooges), Isaiah Mitchell (Earthless / Howlin Rain) and Noel V. Harmonson (Comets on Fire),  Black Bombaim will whisk you away on a swirling, sun-kissed psychedelic trip. Prepare for lift off!