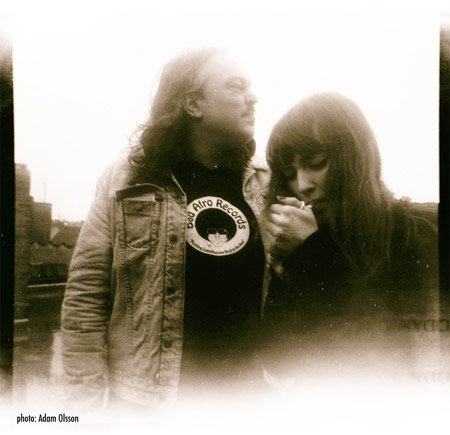 BABY WOODROSE will release their new album Third Eye Surgery via Bad Afro Records on the  April 16th. Dandelion has been chosen as the second single from the album and it’s quite different from the spaced out sounds otherwise found on the album. Dandelion is a sweet psychedelic pop song and it is also a duet between Lorenzo Woodrose and the beautiful young Danish singer Emma Acs who released her debut album Champagne in 2011.

Dandelion is released online via iTunes, Spotify, TDCplay, Amazon bla bla bla today March 19th 2012 and there is also a new video out for the song which you can view below.

The video is made by Adam Olsson (check out some of his other work here) as well as the above photograph of Lorenzo & Emma and you can also read Pete Giles’ review of Third Eye Surgery here.