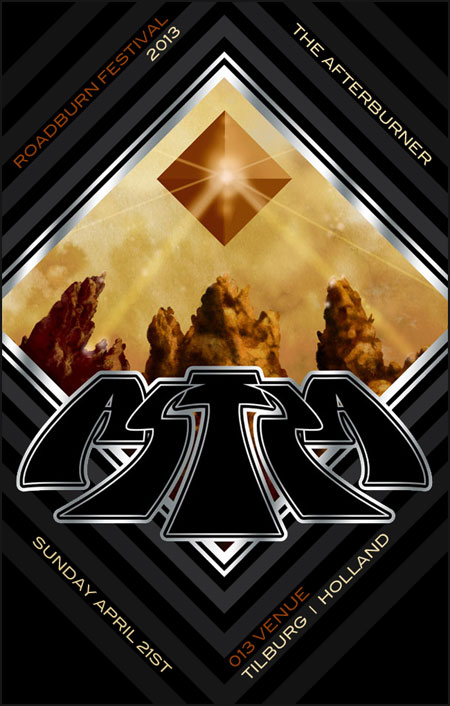 Roadburn are delighted to announce that San Diego’s psychedelic / progressive rock outfit Astra, will return to Roadburn on Sunday, April 21th (The traditional Afterburner event) at the 013 venue in Tilburg, Holland.

Deeply influenced by the European prog rock bands from the 60s and 70s, Astra blew people away with their Roadburn 2010 performance in support of The Weirding (their much acclaimed debut album) released on Rise Above Records.

Astra have continued to expand their style and grow as a band — as showcased on their sophomore album, The Black Chord — by employing some impressive gear (from Mellotrons to Moogs and Oberheims, and from Hammonds to flutes and 12-string guitars) to back up their intricate songwriting.

With prog rock making it’s way back, we can hardly wait to welcome Astra back to Roadburn, to massage our ears with their harmonious, melodious and heavenly combination of psychedelia and progressive rock.