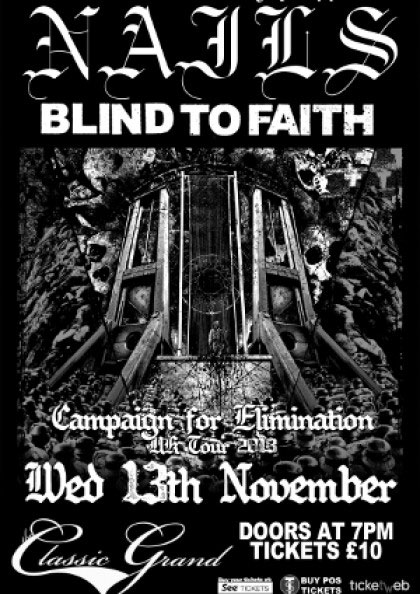 As I spot people queuing outside the venue for an already-early hardcore gig, I wonder what it is that makes Nails so special that a dozen-or-so people would stand in the freezing cold just to avoid missing a minute of the evening. I’m still pondering when we’re let in 15 minutes later and Edinburgh’s Notebooks set up shop, a frontman who looks like a taller, less physically improbable Greg Puciato evidently more at home amongst the crowd than on stage with his bandmates. From what I hear, it’s been a while since their last show but rustiness, if it’s in their vocabulary, isn’t a word that’s often used. They straddle every subset of hardcore while belonging to none, a supremely polished unit who wield some fine technical skill but wrap it around a headbanger-friendly stomp. Vicious and convincingly righteous, they work the crowd with ease, ricocheting amidst the crowd while hammering out a Black Flag-meets-Hatebreed noise that’s as danceable as it is moshable. Lyrics are bellowed in an ursine monotone, basslines unravel out in serpentine swirls and they make it seem like society itself is crumbling before our eyes. But in a good way.

It makes an interesting clash with No Island, a band who’ve played relentlessly over the past couple of years but still only know one trick – play loud, play angry and fuck everyone who gets in the way. They’re a little nugget of punk nostalgia, spewing up the filth of Glasgow’s tenements and alleyways in ways that might not be polished but hit where it hurts. Eschewing the bluntness of Notebooks in favour of a sharp, cutting sound, imposing vocalist Chris McGlynn possessing a needling bite as he stomps proudly amongst the pits, it swings wildly in all directions and its feral nature is felt keenly in Let Glasgow perish, rattling erringly before ramping up to a brief, satisfying climax. They don’t play for long, unsurprising given their often sub-sixty-second bursts of aggression, but they make their point pretty surely. 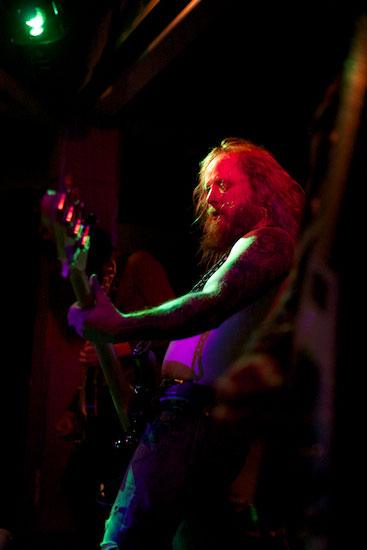 I feel somewhat ashamed that I’m not as aware of Blind To Faith as I should be, what with their Church Of Ra membership and all, but in my defence the Belgian unit have been quiet these past few years. Hopefully this will change soon, as there is nothing that can be faulted with their presence tonight. Dark and dangerous, there’re touches of Eyehategod’s bilious nihilism and the swagger of Black Breath in amongst their slow, gravelly punk, the guitars grinding away like the cogs of a vast death machine while vocalist Stijn paces the semicircle the crowd have cleared for him, barking in the faces of whoever catches his eye and doing his level best to be as physically menacing as possible. A handful in the ringside spots bellow along to every word of Ashes To Ashes, an insidious sludgebeast that kicks into snare-battering fury at the drop of a hat, and the rabble-rousing Blood Like Water, but even those who were scratching their heads before they came out are pumping their fists and heads like fiends within minutes. 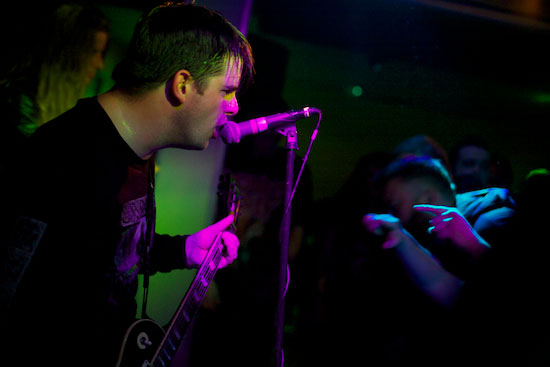 Early in their set, Nails declare that they left L.A. at 5 that morning and only arrived at the venue an hour and a half ago. If this is them when they’re jetlagged, God help anyone who sees them at full force. Unrelentingly heavy, they prove that even though recent album (full-length always seems a little disingenuous with these guys) Abandon All Life might have ventured more heavily to the metal side of things, they have the hearts of true punks. The prevalence of Unsilent Death material shows a band who could give Napalm Death a run for their money, Traitor’s pitbull-like aggression setting light to a primed crowd, bodies flailing from the ceiling and kicking out at anyone in a three-foot radius and the stage becoming mobbed with a deluge of roaring punters. Security are soon called out to monitor proceedings but even they realise it’s a lost cause. Tellingly, though, it’s all in good fun. There’s a distinct lack of macho bullshit from either band or crowd, just everyone letting rip with all the gusto they can muster. 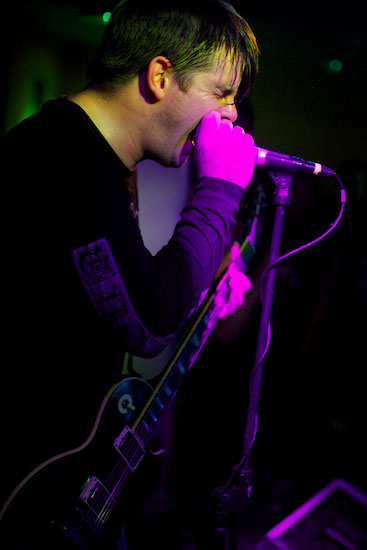 For their part, Nails are remarkably forthright. They exude a po-faced conviction that would be laughable with anyone else, but seems to have a positive sentiment with them, their contentment evident as they rip out a surprising, appropriately manic, cover of Rudimentary Peni’s Nothing But A Nightmare in honour of the UK’s prestigious punk history. There’s next to nothing from their past that isn’t dug out for the occasion, Suffering Soul proving an unlikely dance hit while Abandon All Life’s chunkier sound lends a palpable weight, pressing down on the crowd like a thousand hammers brought down with each snare and strum, making for a fuck-ton of hammers and plenty of bruised bodies. 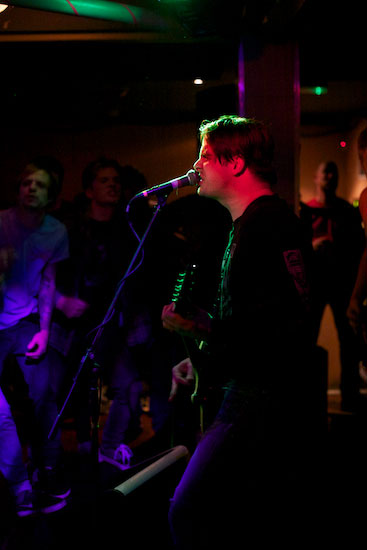 Despite their fatigue, it’s hard to not feel invigorated by their turn, soaking up the fury and rage and spitting it right back at them, word for word. It’s only forty minutes of cathartic, destructive bluster but after it’s all over, I feel ready to take on anything. I want to fight a honey badger, I want to seduce Milla Jovovich, I want to destroy a high-rise with my bare hands. I want to do a thousand things that aren’t likely to happen on a walk through Glasgow’s streets, but that’s irrelevant. I feel energised, and that’s all down to Nails. That’s why they’re so special. 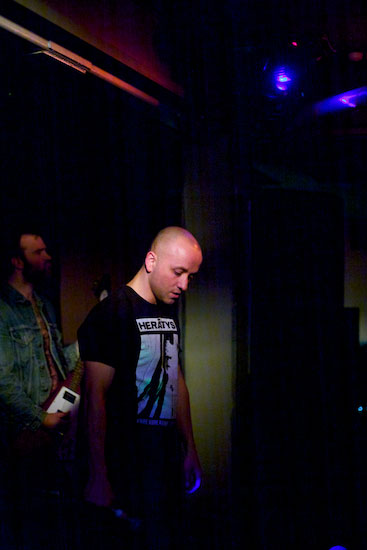 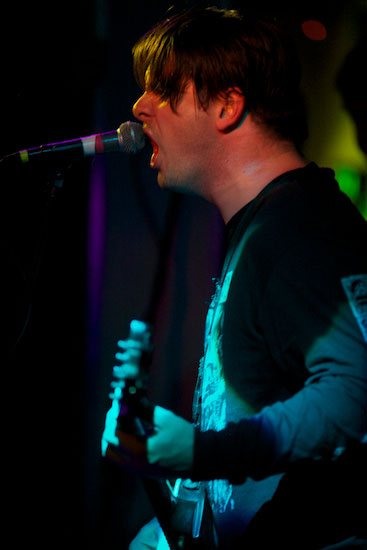 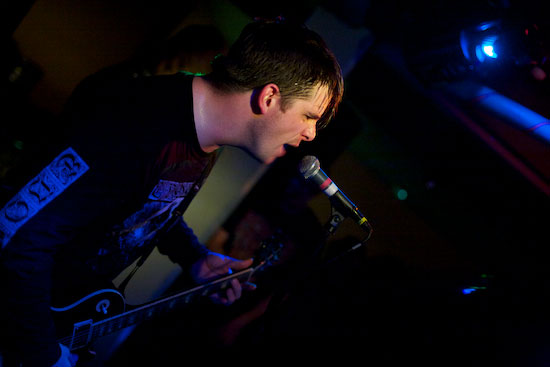 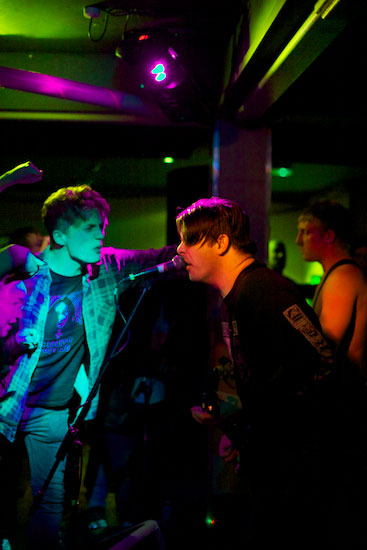 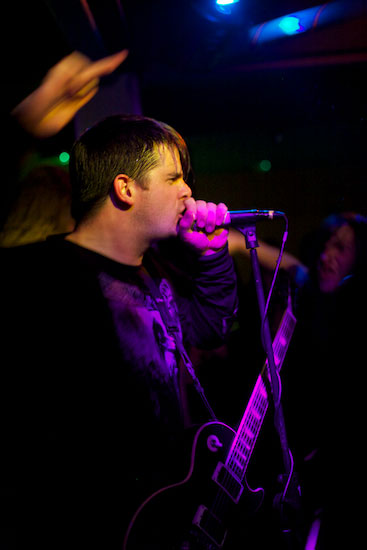 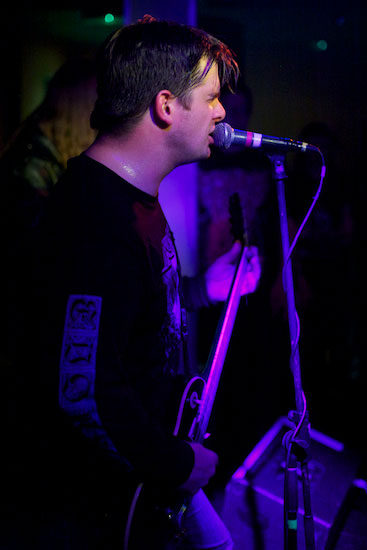 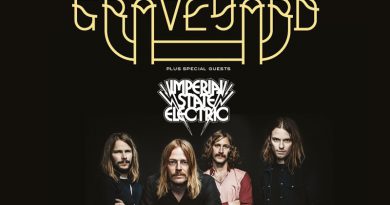 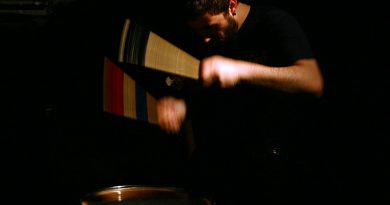 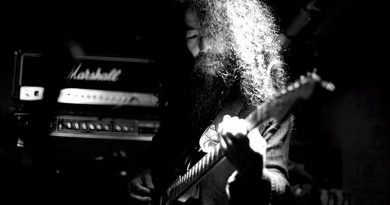