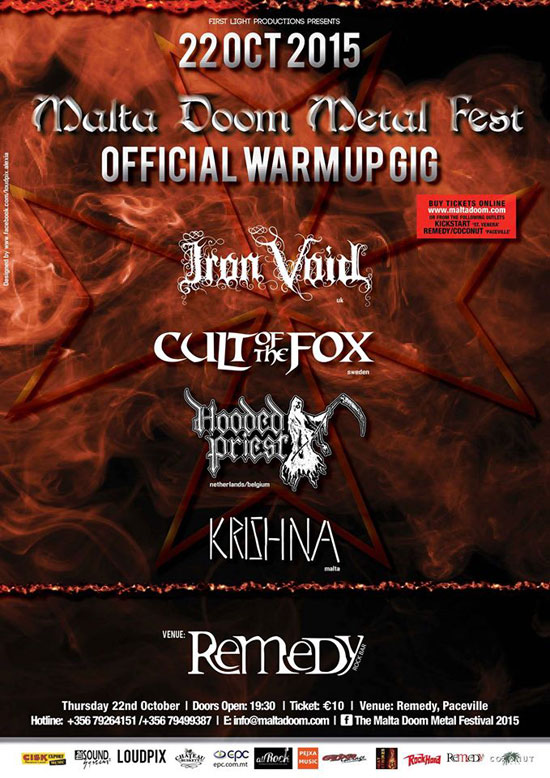 When the whole festival season has passed and you think you should pack up your gear for winter, you’ll find there’s always one more. On the Mediterranean island of Malta they love their doom metal, which has given birth to the Malta Doom Metal Festival, also known as MDM.

And because no festival is complete without a pre-party, we’re heading to St. Julian’s on Thursday night to behold the official warm up gig, which actually can boast a pretty interesting line-up with bands from all over the European continent. When you walk into the street of the venue, it doesn’t take long to realise that all the neon illuminated bars, with subtitles like ‘Gentleman’s Club’ and some suggestive imagery, probably don’t see metal on a regular basis. The Coconut Lounge immediately stands out with the black clad troops picketing in front of the place. Up you go on some narrow stairs to reach ‘Remedy’, the venue where it all will take place today.

Opening up is the bass/drum duo Krishna with some meditative rhythms and thick slices of groove. Repetitive and heavy, you can jump onto their tantric rhythm train and ride the waves of it. The band is in a state of complete focus, jamming ever onward. Late in the set, that is broken off by Timothy Garrett bellowing some vocals into the microphone, making the sound reminiscent of the thunderous Isis sound. The local group manages to capture a bit of tension and ride it out, which is well impressive from this young group. 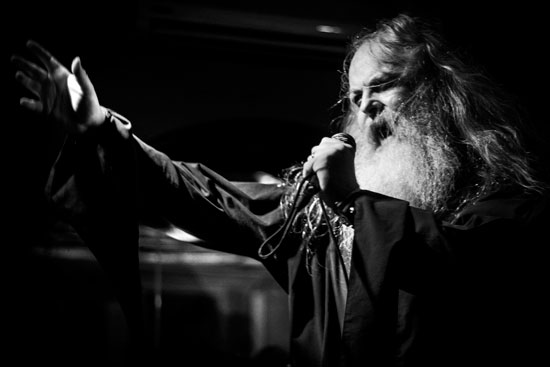 The Dutch/Belgian band Hooded Priest will probably not be renowned for their output. In 10 years, the band has released one EP and an album, but the signs are good tonight, when singer Luther Veldmark announces new songs and seems full of energy during the captivating set. The band members have earned fame in bands like Urfaust, The Spirit Cabinet and King Heavy, demonstrating a good knowledge of doom and atmosphere.

Though the band plays tight, rocking tracks and are clearly well into it, it’s the presence of Veldmark that captivates the audience. The towering figure with his wild manes and beard is energetic and acts like a man possessed. If there was an experiment, where a man had been locked up with only the heaviest doom records for a year, this would be the fiery eyed result of that experiment. Don’t let that overshadow the excellent guitarwork and oldschool riffing though, because this band clearly knows what it’s doing. Hopefully, that will also result in some recorded form soon. 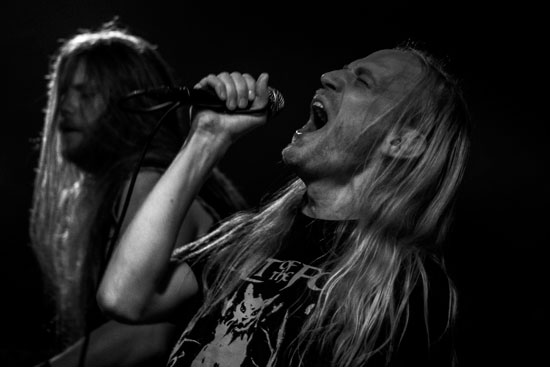 One and a half years ago Cult Of The Fox announced that they’d disband due to a lack of focus and dedication to the band. Blood is thicker than water though, so when the band got called in to play MDM they were up for it bigtime. Especially vocalist Magnus Hultman is beaming on stage and keeps referring to their break-up, encouraging the audience to inspire the band to make some more music in the future. The effect of the raving enthusiasm of the Maltese crowd is tangible in the air, smiling band members go a bit deeper into their riffs, hang back a bit further for their solo parts and play as if this is their big break.

Drawing material from two albums, the band offers a tight, layered sound with the soaring vocals of Hultman as a flag waving over it. The Swedes focus on occult themes with songs like Angelbane and the catchy sing-a-long A Witch Will Be Born, which all lands well with the crowd that happily joins in. After about eight songs the set comes to an end, for which half of the band seems to be really sorry, the other half relieved. It would be amazing though, if this show for a loving audience in Malta would get this band back on their feet. Those are the stories you want to hear, aren’t they? 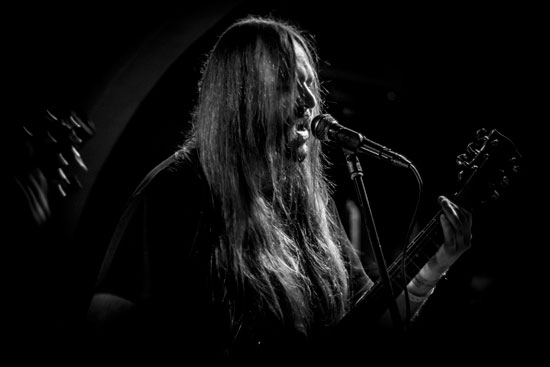 Iron Void plays old-fashioned doom metal, which the trio does with much vigour and strength. Heavy, thundering riffs sweep away the listener, while the burly voice of Jonathan Seals bellows over it all. The sound reminds me of a heavier version of Motörhead doing Iron Horse. This band really gets the crowd going, with fist pumping and headbanging in the first rows, it’s clearly on for them now. The interaction between the band and the crowd is really cool to see, inspiring the fans to even more furiously demonstrate their passion for the heavy riffs. This band is not on the bill with the likes of Pentagram for no reason, they know their doom and do it well for sure.

The party is dying down a bit, partly due to having to get back to wherever you might be staying. There’s more days of doom ahead of us, so stay tuned. 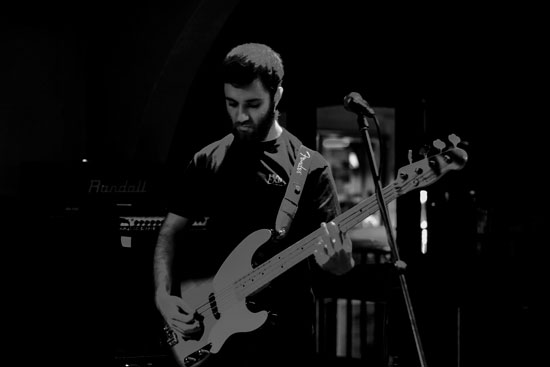 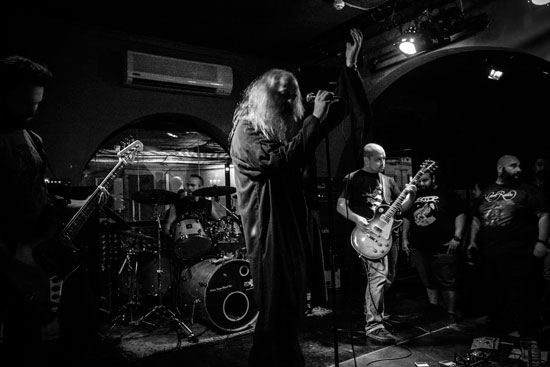 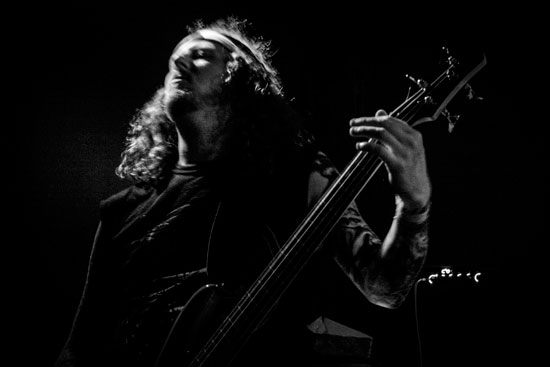 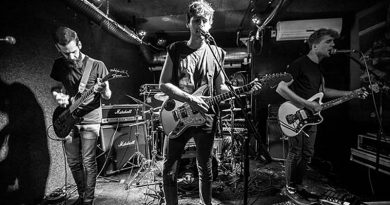 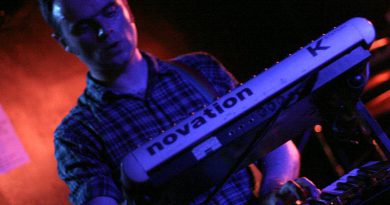