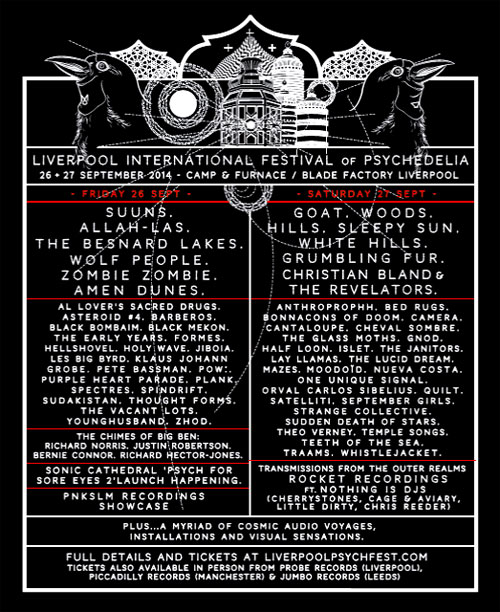 I had to spend the first part of Saturday feeling fragile due to the alcohol intake on Friday, which I’m not used to anymore. My thirty units on a Friday night days are long gone, so anything approaching even half of that makes me temporarily die the next day (and the day after that). Thus the first part of the afternoon was taken up by sitting in a really good café on Renshaw Street with my entourage, slowly eating a delicious vegetarian breakfast and supping milky coffee and watching people and police vans go back and forth in readiness for the possible fall out after the Everton/Liverpool derby.

When we did re-enter the festival we sat on a cold hard concrete floor (that was beautifully invigorating) for a while and listened to a pleasant and earnest man interview the head of PNKSLM (Punk-Slime) Recordings and a member of one of the Swedish bands playing. The subject of the chat was the state of ‘the scene’ in Scandinavia. They didn’t even touch on the contemporary crisis within Northern European social democracy and the popularity of sub-Arctic crime drama. I wasn’t even really listening as I couldn’t really hear properly, but when I did tune my ears in to the mutterings of the three shaman at the front, the head of the label struck me as quite arrogant and unfriendly, like a spoiled Home Counties teenager who had been told to clean his room by his anxious parents. Maybe he just didn’t want to do the interview. The whole thing seemed far too serious and up its own arse. Don’t people have a laugh anymore? I blame scowling misanthropists like Lou Reed (he started it) and The Jesus and Mary Chain and Spacemen 3 for being just too cool in the face of the media (who also adopt the same posture, one of going up your own arse, head first). It’s influenced a whole new generation of self-conscious posers who have replaced ‘indie’ with ‘psychedelic’. Grumble, grumble, grumble. Old Marxists always grumble and dissect. Always bloody capitalism eh? Ha. Forgive me – I am nearer death than half the audience and I am envious of their extended life credits. 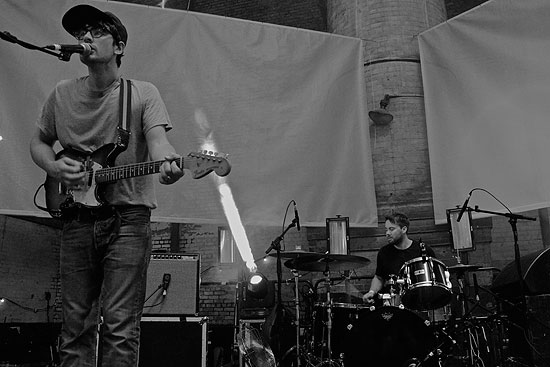 Traams were the first band I caught (on the Furnace stage) this day and they were, in a nutshell, excellent entertainment. Not particularly psychedelic but if you like Pavement’s droning eccentric nerdy post-punk energy (and I suppose Parquet Courts are a more contemporary and hipper reference point) then Traams will undoubtedly tickle your bollocks (or ovaries). They’re more chuggingly krautrock than Pavement ever were though, drawing deep on a danceable and repetitious super-groove that reminds me a little of the esteemed Brighton outfit Cold Pumas who I saw here last year. Traams are from Chichester too, and not much is from Chichester, so that could be another reason to applaud them.

We gathered to witness Cardiff band Islet after reading how wildly eclectic they were in the programme, but after mere minutes we had to admit that their frenetic banging on things and jumping about and sounding so bloody busy was simply not a substitution for a pleasant live experience. Far too much percussive attention deficiency here without actually drawing out any discernible hook or tune. Like Goat meets Gong but without the song writing. 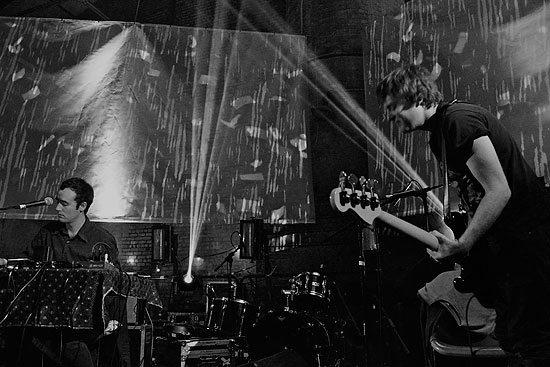 Lay Llamas certainly could lay down the West Coast sixties psychedelic pop template with skill, although for some hollow headed reason relating to hangovers I couldn’t really focus on such melodic pleasantry. Quickly switching stages, Grumbling Fur promised much in terms of past reviews I’d read but didn’t really deliver for me. I could hear a concerted effort by both musicians to make music as beautiful and as simple as Eno’s legendary first three solo albums, but I don’t think the effort or intention resulted in anything quite so memorable or sublime. Again, when music is based on the beauty of hooks and melodies that burn long in the memory (take, say, ‘Forever Changes’ by Love or ‘Another Green World’ by Eno as zenith scraping example) the challenge becomes too great for most to aspire to, and you are left with a competently cloned version that may join the dots in a technical sense but is bereft of the original genius. Grumbling Fur are not however a singular attempt to copy early solo Eno, and their music is drawn from decades of experimentation with electronics, melodies and use of stringed instruments. Having said that, I didn’t feel what they were doing, so I left them alone with their sensitive fans and wandered off to get my ears blown out by Anthroproph.

Lodging down the front, this was the first set that I stuck around for the entire duration of, and although I wasn’t bowled over by any musical revelation, Paul Allen (he of The Heads) and his percussive bassist and solid drummer whipped up a right nasty racket that would have been worthy of a more warped outtake from ‘Funhouse’ by The Stooges. The sheer visceral power of this trio made me realise that I had been missing aural violence and brute force, and I soaked up the huge swathes of tortuous feedback and booming sub-bass like a hungry carp gulping bread chunks at the surface of the pond. Nice. 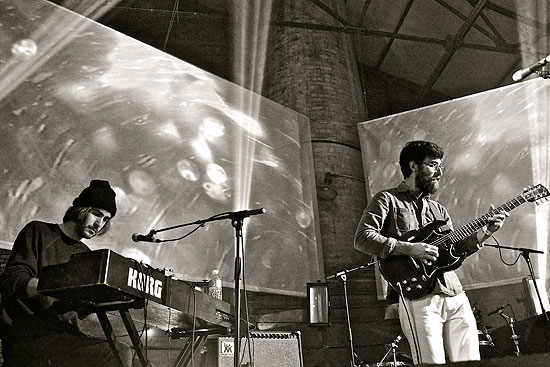 Time for a quick run through of a fist full of bands now. Hills were pretty damn good – dense and raging ten to fifteen minute slices of psychedelic rock that hinged upon Wooden Shjips-style drone but stretched and pulled into the kind of tenacious excess that made my head reel. Quilt peddled an attractively sugar coated LA psych-pop that drew in the punters to The Furnace stage like bees to nectar, yet I didn’t stop because I simply couldn’t settle myself into one performance – I was channel surfing through the festival like a bored adolescent. After grabbing a few songs I wandered over to The Camp to see Teeth Of The Sea end their set in an ear-blinding welter of repetitious electronica. By this point my ADHD had really got a hold of my neural pathways and I simply felt compelled to return to the main stage to see Woods turn in a few numbers of polished folk rock. 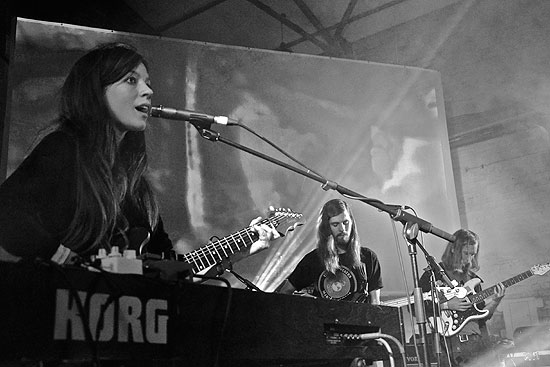 My attention problems were finally cured by the absolutely ace treble overload dementia of Christian Bland And The Revelators. Ridiculously reverb-soaked vocals, creepy vintage guitar horror, pounding Nick Knox-style beats and cheeseball organ, all wrapped up in a tasty mind-morphing rock ‘n’ roll taco. I love The Black Angels and their semi-populist take on classic sixties Californian/Texan psychedelica but this spine-tingling performance by their long-maned guitarist and his cool-as-fuck backing band was far more in the underground spirit of gnarled acid-head garage stomp than The Black Angels could ever muster, and for me was the highlight of the whole weekend (which surprised me). In fact it was so far out and true to REAL fucking psychedelic garage-fuzz that a fair few of the modest audience couldn’t really compute it. The applause was appreciative but cautious, and maybe a little underwhelmed, which just proved how cool Christian Bland and his band were. This was Link Wray AND Dick Dale AND Roky Erickson AND particularly Syd Barrett, that god-like inventor of the elongated cosmic surf freak-out. In fact Christian Bland, in an effort methinks to rouse the indolent punters, launched into astoundingly lurching and frazzled covers of ‘Astronomy Domine’ and ‘Lucifer Sam’ which had me singing along like an old toad. Interestingly most of the audience didn’t seem to register that they knew these tracks at all. For fuck’s sake people, buy ‘The Piper At The Gates of Dawn’ and fucking well educate yourselves if you reckon you’re into psychedelic music. It all starts properly with this record. 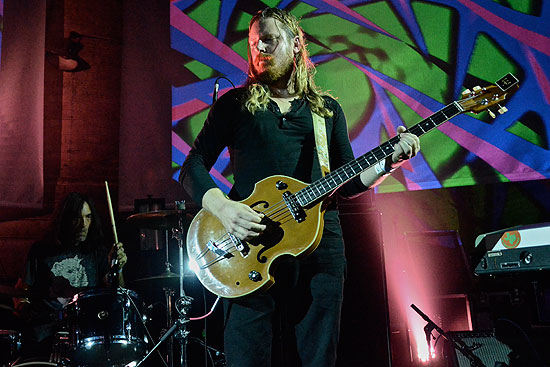 White Hills started about fifteen minutes late, which made it well after one am, and my eyelids were starting to grind with grit. After a booming sound check the famed power trio (featuring their old touring drummer I think, instead of Nick Name who played on their last two albums) ripped into their characteristic interstellar guitar bludgeon, bringing at last a touch of strident seventies metal to the festival. Dave W was resplendent as usual in an immaculate loud shirt, like some mad Alice Cooper clone strung out on Quaaludes and maximum volume, and Ego Sensation equally as glamourous in her role as soft porn Queen of the acid bassline. The plan here was to catch a few rollicking numbers by the New York-based gods of modern cosmic rock and then to catch a good-sized slice of Goat’s set, which my good lady wife had really come to the festival for. It seemed that everyone else had come to the festival with the same band in mind though, as we found when we left The Camp stage to enter The Furnace and were stopped along with several others by security. The audience for Goat was too huge and too crammed and they weren’t letting anyone else in after they had started. I wasn’t so bothered, being a big White Hills fan and having seen Goat at Supersonic a couple of years ago. They were good for sure, but I don’t really get the intense preoccupation most punters seem to have with them. Maybe it’s because they don’t play live too much, and maybe it’s because they are just so hip and so danceable.  I’ll have to ask my wife why she likes them so much.

Anyway, I was quite happy with White Hills blasting out their robotic stomps and majestic Hawkwind-styled rifferamas, but after a day of mostly standing for hours we just had to leave before the end of their mighty set and pick our way through the carnage of Liverpool city centre after the big derby match (a draw, thankfully for anyone who wanted to avoid sporadic violence) and to the Spartan confines of the hostel room to sleep and to dream of bar chords and drum beats and hookah pipes and evil elves in suspenders. Overall, a massive thumbs aloft for the whole two days. Grumbles aside (pricey beer, lack of places to sit, couldn’t fit in to see Goat etc.), this is now the best festival in the UK if you love music influenced by bands who were influenced by the possibilities of social revolution and psychoactive substances back in the sixties and seventies and then through to the revivalist eighties and nineties. We are talking real diversity here of course, from two-note drone to Cali-folk-rock to electronic insanity to reverbed rockabilly filth, and it’s all worth listening to. Just one appeal to the organisers – please get the Butthole Surfers to reform and headline next year. I might even drop some acid if they do, although apparently the older you get the less of an effect LSD has upon the mind. Thank fuck for that eh? 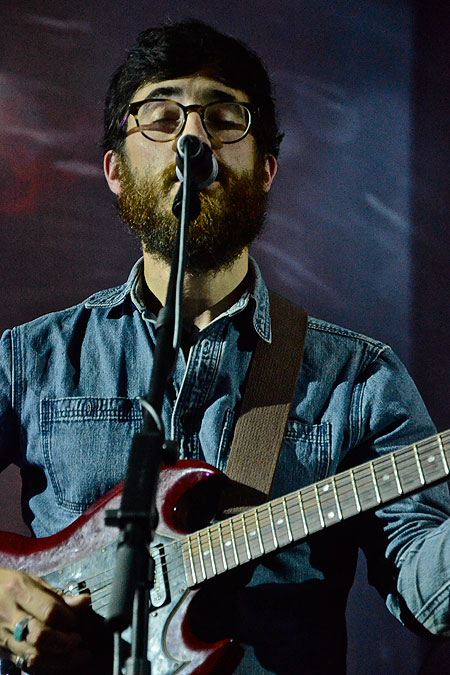 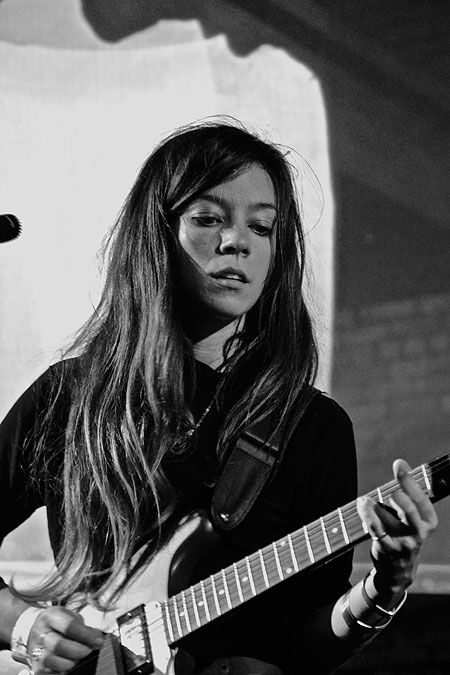 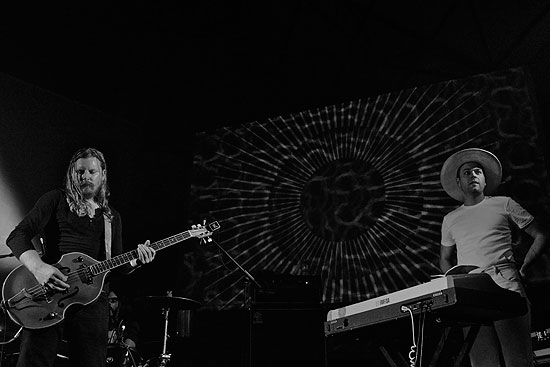 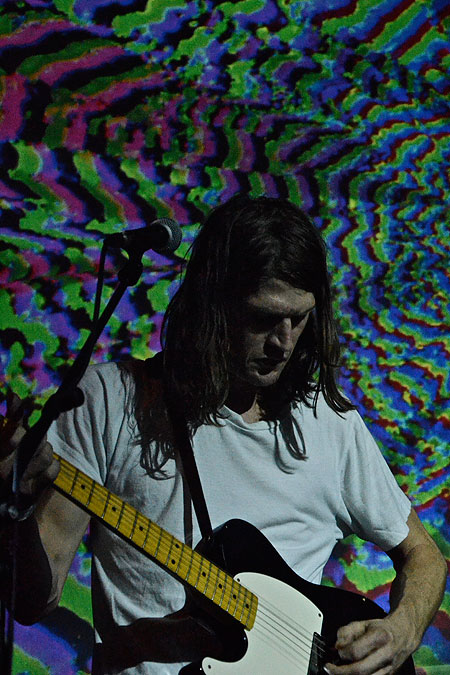 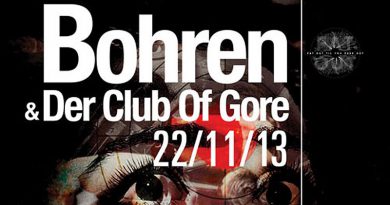 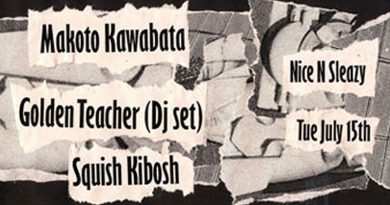 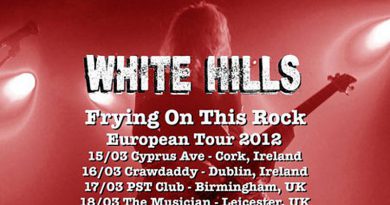