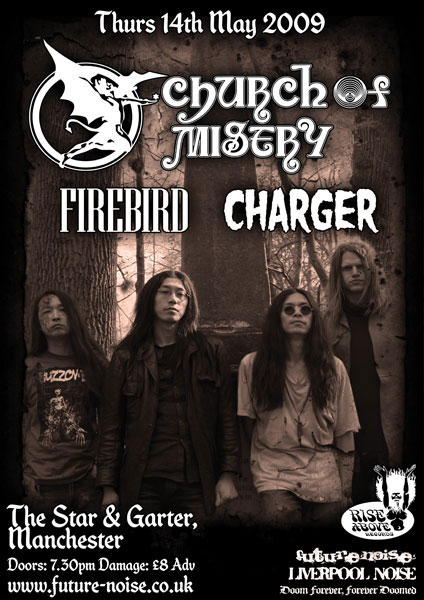 Listen up you pinheads, I’m just gonna cut to the bands, no embellishment. Charger fired up and blasted off like a fuckin’ atomic dragster, showering the booze-sodden masses in propane and devil cum. Short sweet stabs of aural adrenalin like ‘Cult Verses Cunt’ were made for nights like these. The band members dismembered a punchy 35 minute set that left the perspiring faithful grinning from throbbing ear to throbbing ear like hyenas in a butchers shop. These men of the grim clay city have been ripping out savage sub-metal putrescence for ten years now. Bow to them. They are living legends. The two new numbers were tougher than Cthulhu’s rubbery death-cock; great stinking molten slabs of pile driving drums, roaring guitar-hell and blistering screams, like Autopsy being strangled by Discharge in a basement fuck-fest. The bass was fuzzier and thicker than gorilla casserole and beautifully underpinned the fullness of their raging sound. 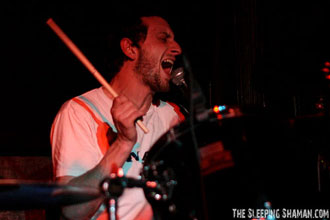 I love the little subtleties that these chaps throw out; ominous quasi-dub moments with a deft smack of the high-tuned snare, the sub-grunge stabs of fat winding bass and plectrum scratched across guitar strings, the swaggering swings from super-sludge doom vomit to belting pseudo-grindcore – Charger played with savage enjoyment, aware of the plain fact that they can rip it up with the best of ’em. I hope they realise they are the overlords of a classic British sound. Lads – stop being so modest. They certainly need to put it about far more than they do. I’m awaiting a new recording from Future-Noise with arse-tingling excitement. Charger rule.

I watched about 20 minutes of Firebird. After seeing them in Stoke in January I wasn’t too taken, but tonight they made far more sense. A combination of raucous atmosphere and really good ballsy sound lent Bill Steer’s earthy trio a simple rock ‘n’ roll power that deservedly won over many in the crowd. Having said that, the words ‘pub-rock’ kept jamming into my head like a persistently nagging doubt all the time I was watching them. It’s not that I dislike classic early seventies blues rock, on the contrary, I do love lots of Grand Funk Railroad, Canned Heat, Cream (particularly Cream), etc. in my diet. This is the eternally tasty meat-and-potatoes of rock legend. 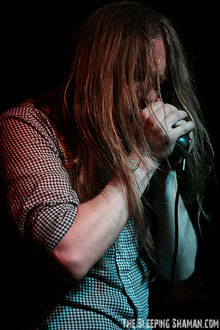 I think the problem is that Firebird sound way too ‘pedestrian’ for my tastes. I mean, respect to them for chasing a sound and getting it bang on. It’s just that when they start up I could be at a bulldog bash with wet t-shirt competitions (not that I’d look away) and stumpy steroid bikers with wrap around shades and shit bandanas. They’d go down a storm at Matlock Bath on a Sunday. It’s just not my idea of interesting. I’d rather watch a DVD of Cream at the Albert Hall. Still, I like the idea of the musical variety on the line-up – chaotic sub-HC outfit with bluesy power trio. It worked.

Now I love Church Of Misery on record; a wilfully insane Japanese band obsessed with serial killers and riffs the size of Stonehenge. So of course I was expecting to totally dig their vicious hard rock blues explosion. But I wasn’t expecting to be so fucking utterly blown away by what I can only describe as a performance that epitomised the concept of rock music as a cathartic and primal experience. Presumably many of you reading this review saw them this very night, and therefore know exactly what I mean when I state that their performance was a ritual that celebrated the sheer power and ecstasy of heavily amplified rock and fucking roll. Suddenly I was watching Blue Cheer, Iggy and the Stooges, Jerry Lee Lewis and Black Sabbath all rolled up into one big bursting fire ball of primitive and downright evil energy. 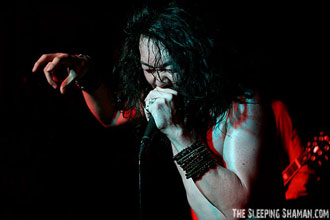 Accolades must go out to natural born rock vocalist Yoshiaki Negishi. I’ve seen hundreds of bands in my life, but there is no replacing a true front man. This fucker was pulling scary goblin faces like he was possessed by all the spirits of all the executed killers across the globe for the last hundred years. He was stage diving, crowd surfing and, along with maniacal guitar hero Tom Sutton, climbing onto the amps and throwing lizard tongued demon shapes like summat nasty from Japanese folklore that eats children and fucks the dead. What an incredibly exhilarating and raw performance.

Tom, the aforementioned guitarist, was simply blinding – his riffs and solos were utterly relentless and white hot with burning super-skill. The huge and dinosaur-stunning bass of Tatsu Mikami was bled through a variety of mind-buggering effects by the hyperactive Yoshiaki and was sheer entertainment just on its own. I could’ve listened to it belch and warp for hours. It was like Geezer Butler trapped in hell. A roaring selection of new numbers like the gargantuan ‘El Padrino’ and the anthemic ‘Born To Raise Hell’, plus older and doomier sludge-fests off past albums and splits sealed a set of astounding power and breath-taking sonic aggression. One of the best gigs I’ve witnessed in recent years. No wonder there’s fucking big earthquakes in Japan. 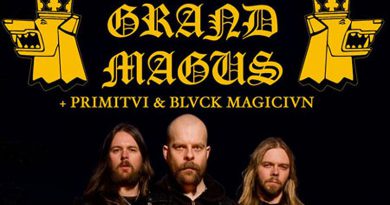 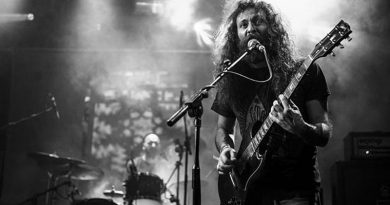 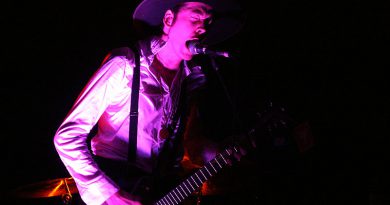