Stumm are a band I’ve only recently discovered, hailing from Finland they produce some monstrously heavy and primitive sludge, if you haven’t already checked them out, I urge you to seek out their debut album ‘I’ released on Aesthetic Death/Blind Date Records. With a split 7″ with Taunt due out any time now on Calculon Records, I caught up with their guitarist/vocalist Jukka to talk about all things Stumm.

Hey Jukka, firstly, thanks for agreeing to do this interview for The Sleeping Shaman, we might as well start off at the very beginning by giving us a run down of Stumm’s history, how you formed and your current members to date?

In short, Stumm was formed in the autumn of 2003. I told Void of Reverend Bizarre that I was looking for people to start a band with and he introduced me to Helena and Heikki. Things evolved pretty naturally from there, we started rehearsing and working on songs. I guess it’s the same story as with most bands out there. The Stumm line-up features Heikki on drums, Helena on bass and Jukka on guitar and vocals.

You describe your music as ‘Slow, Primitive and Hateful Sludge’ which sums up the tortured doom you play pretty well, obvious comparisons that spring to mind when listening to Stumm are the likes of Grief, Corrupted & Noothgrush, but who would you say are the biggest influences on your music?

Each of us three have different musical tastes and influences, some of which we share in common and some of them not. It would be useless to list bands or artists that have influenced the Stumm sound since there are so many of them, but the bands you mentioned are definitely there. I guess I’m the one who listens to most sludge and slow stuff in the band, so maybe you can hear those influences in my riffs, I don’t know.

And was it always your plan to play heavy hateful sludge or a progression which just happened in the rehearsal room?

Actually it was clear right from the start that sludge is our thing. Maybe the style has evolved a bit over the years, but I’d say the original idea is still the same and will remain so until the end. The primitive and unpolished qualities of our sound are extremely important to us, so you won’t see that changing anytime soon… or make that never… 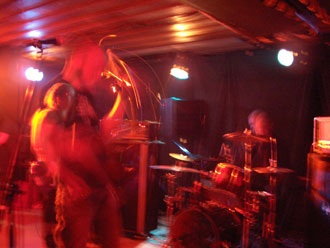 What about your lyrics, who writes them and what subject matters do you deal with?

I’ve written all the lyrics thus far. They’re mostly just personal ramblings to add a certain personal connection to the songs whereas the vocals work more like an extra instrument. The lyrics deal with depression, frustration, addictions and abuse, etc. Mostly some fucked up things I need to get out of my system.

The name of your band ‘Stumm’ is taken from the German Language which means ‘Speechless’ (its also used in English slang to mean shut up!), can you tell us who came up with the initial idea and the reasoning behind using German, rather than your native Finnish or even English?

There was no real ‘grand idea’ behind it all. I guess the idea was to have a simple and straight-to-the-point name, and perhaps the idea of using a non-English name was to have it stand out a bit and not be too obvious. I came up with the word ‘stumm’ and it just stuck because no one came up with anything better!

You recently released your debut album ‘I’ as a split label release between Aesthetic Death (who released it as a CD) and Blind Date (who handled the LP version), so can you tells us how both labels became involved and are you happy with the final release(s)?

We met Stu from Aesthetic Death in Turku, November 2004 when he was selling merch on the Esoteric tour, who we played a very shitty gig with, haha! Anyway, I gave the ‘Regressive and No Talent Whatsoever’ rehearsal demo to him and some months after that he e-mailed me and told me he liked the demo and that he’s activating his label again, wanting to release something from Stumm. In the meantime I had sent the demo to Marcel of Blind Date Records as well and he was interested in releasing something from us also. Stu preferred a CD release and Marcel wanted to do vinyl, so things went pretty smooth between the labels. The album was recorded in two days and the entire session was pretty ‘hazy’ to say the least… Pretty much everything could have been done better, but I guess it just shows where we were at the time. We know what to do differently the next time.

And what kind of feedback/reviews have you had so far?

Amazingly most of the reviews have been positive! We really have been amazed by that… Just a couple of reviews have called it “mediocre” or “nothing special”, but no one has trashed it completely. I don’t know what kind of retards write those reviews, haha! 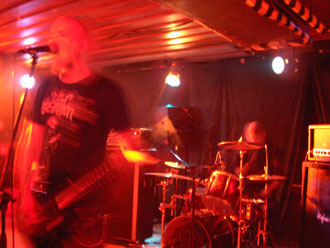 You’ll also be releasing a split 7″ with Germany’s Taunt on UK label Calculon Records, which is due out anytime now, so can you tell us which track will appear on it and how Stumm teamed up with Calculon and Taunt to make the release possible?

The track that will appear on the split 7″ is ‘2×6’ and it was recorded in the same sessions as the “I” album, so it’s pretty old already. I’ve been in contact with Christian of Taunt for quite some time now and he came up with the idea of doing a split 7″ and since we had that track lying around, there was no reason not to do it. We talked with a few labels about doing the split 7″, but Calculon Records seemed like the best choice. Podge has done some great 7″ releases, so we’re glad to have him release this one as well.

As mentioned earlier, your based in Finland (Turku to be exact), so can you enlighten us as to what the scene is like there, are there many places for you to play live and what the overall support has been like since the formation of Stumm?

If we’re talking about the Finnish sludge scene, things are getting more and more active. There are great bands like Fleshpress, Loinen, Sink and very promising newcomers such as Paganus, Frogskin, Usko. There’s a few new bands I haven’t even heard yet, but it just shows the scene is growing. There’s a decent amount of venues/bars for sludge gigs, but mostly it’s up to people’s enthusiasm to organise gigs, so they might not happen too often which on the other hand is good so people don’t get bored of seeing the same few bands over and over again. I guess we’ve had really good support from people right from the start. I don’t know if we’re worth it though…

And what about playing live, is it important for Stumm to gig as often as possible?

We definitely like playing live, if nothing else, then just for the opportunity to play as loud as possible somewhere else besides our rehearsal place. I wouldn’t say it’s important to play as often as possible, since I really don’t see a point of playing a gig with bands that have nothing in common with us. Of course, we’ve played with a lot of different kinds of bands and in the beginning it was fun just playing a gig, wherever it was or whoever was on the bill, but nowadays I personally think it’s nicer to have at least some similar bands and an audience who more or less know what to expect from the bands. You know, the shock effect on turning the amp on 10 and letting the guitar feedback wears off pretty quick… 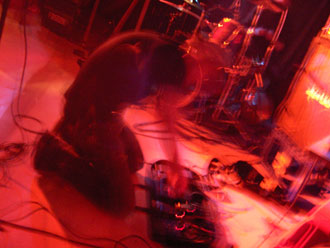 What about outside of Finland, what’s the support been like from other countries and do you get many gig offers to play outside of your home country?

Every now and then we receive e-mails from random people outside Finland saying they’ve bought the album and liked it. There are some people I stay in touch with and who want to know what’s up with the band etc. We have had some gig offers from outside Finland, but that’s as far as it has gone thus far. We’d definitely be interested to play some gigs around Europe, so any gig organisers out there, get in touch!

And how about the UK? Will we ever see you tour over here?

That would be really great, but nothing has been planned yet. There are some great bands in the UK it’d be cool to play with… Same as above to the gig organisers in the UK, if you’re interested in working something out, get in touch!

Finally, besides the split 7″, what else do Stumm have planned for 2007?

I’m not sure if I can give away all the information regarding this release, so let’s just say we have a split LP with another Finnish sludge band coming out this spring/summer. Also, a live tape with some of the best/worst stuff we’ve recorded at our gigs. I’m not sure when it will be out, but hopefully we’ll get it finished soon. Besides those, there aren’t any plans. We have a fair amount of new stuff ready or soon to be finished, so maybe we’ll be demoing it at some point, I don’t know yet.

Thanks a lot for the interview Lee! For the latest on Stumm, be sure to visit the website at www.stummsludge.com 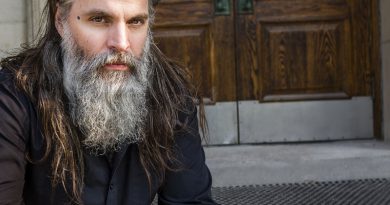 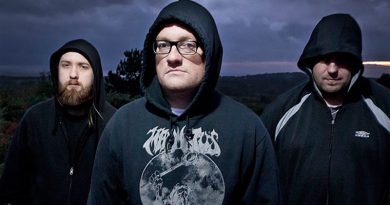 Conan: Q & A With Jon Davis 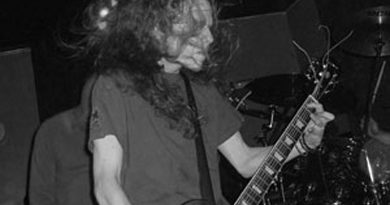