Since their formation in 2001, Moss have alienated, enraptured and terrified doom fans in different proportions with their unique, boundary pushing releases. This year sees the arrival of their most recent and mighty opus ‘Horrible Night’ which takes the band on a slightly different yet typically Moss journey. Alex Varley quizzed vocalist and mastermind Olly Pearson as to why the band are going through changes. 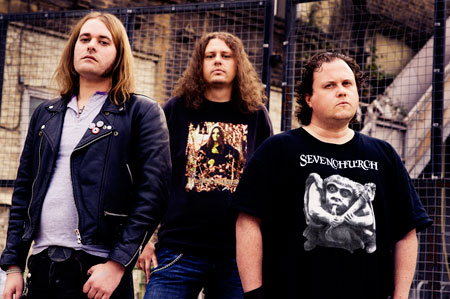 ‘Horrible Nights’ sees some stylistic changes for Moss and the album as a whole seems slightly more accessible for the more mainstream end of metal. How has reaction to ‘Horrible Night’ been so far from your old time fans?

I disagree, I think what we do is still far from the mainstream, even slightly. There’s this bizarre misconception in some quarters that we’ve “wimped out”. It’s a joke… this is really fucking heavy music that isn’t for everyone, that hasn’t changed. But some old fans love the record, some hate it. Hopefully they all understand the need to evolve, but I can see people into the more Sunn o)) side of things not enjoying it as much as our old records…but if they don’t like it that’s totally fine, I think we’d disagree on several things anyway!

I’d say ‘Horrible Night’ has more of a ‘classic’ feel to it in the sense it sounds more influenced by seventies and eighties rock than contemporary doom. Why have you chosen to go down this route?

That’s always been an influence on us in it’s own way, it’s what we listen to at home. I don’t really like anything modern, I don’t like much 80’s stuff either to be honest. I’ve loved 60’s and 70’s rock and pop since I was a child, it’s what I grew up on.. but in the last 10 or so years it’s become much more prevalent in my tastes. Since the Tombs of the Blind Drugged ep we’ve been pushing things more in that direction, just as much with the need to evolve as the need to actually get some satisfaction out of what we were doing. Horrible Night is the most satisfying thing we’ve recorded, and that’s mainly to do with the change of style. It reflects our own tastes and interests much more than any of the older material did. While we enjoyed doing those records, it’s not really what I would like to put on my personal stereo. Horrible Night is.

Clean vocals are probably the biggest surprise on ‘Horrible Night.’ Why have you chosen to put screamed vocals in the back seat this time round?

It suited the songs way more than an extreme vocal ever would, and it’s something I’ve been wanting to do in the band for a long time…it was just having the right material to do it with. I wanted to put much more of myself into these songs and really do them justice, emotionally and thematically, and to do that I had to change my vocal style. The vocals I was doing before, it’s all very much on one level – with a clean vocal you get to physically express a whole different myriad of emotions than you could ever be able to just screaming. 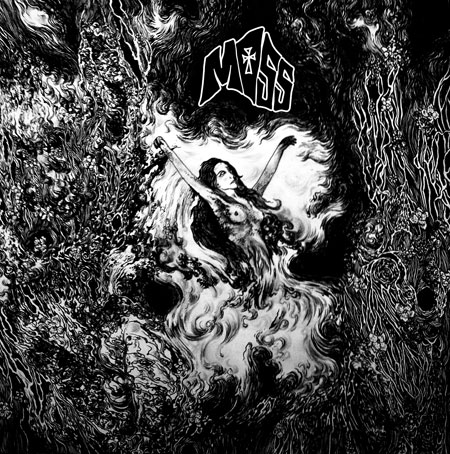 The album has a number of highlights. What made you decide to use the track ‘Horrible Night’ to be the album’s title over the rest?

“Horrible Nights” was the first song we wrote for the record back in 2010, and shaped the direction that it would go in. It’s not a concept record, but there is a loose theme throughout regarding nightmares, so when it came to an album title Horrible Night just fit it. It’s kind of like a diary in a way, a night in the life of Moss! Why we chose to call the album Horrible Night while the song is called Horrible Nights though, it just sounded better and it seems to have created some confusion which is always nice.

The artwork for this album in particular stands out and complements the music extremely well. Do you still see artwork as a necessity for musicians in ‘the digital age?’

The music is the most important thing obviously, but I have always been a fan of the whole package. The way I grew up with music, you would very much buy into the whole experience – taking the record home, listening to it on headphones while reading along with the lyrics and staring at the artwork. With our artwork we want to appeal to a time when people did that, so something like a cool looking vinyl version will be more desireable rather than jpegs on a computer screen. But the choice should be there if that’s what people want.

‘Horrible Night’ has kept the Moss tradition of being quite a minimalist affair. What draws you to playing in a minimalistic style?

We’re terrible musicians. It’s just always been the way we wanted to express ourselves through music, getting to the very core of it all…no frills needed. This is our punk rock, doom metal to me is punk..always. Even though we’ve evolved and progressed the sound, we’re still as primitive as ever.

You recently played London with Purson & Black Magician in a rare live appearance. How did it go and will you be gigging more frequently following this release?

Yeah, we’ve got several more shows lined up this year, such as the Damnation fest in November which will be followed by a short tour after. Purson are one of my favourite bands so it was great to have them open for us. All the shows we’ve done on this recent tour have been great, nothing really sticks out as being too appalling! 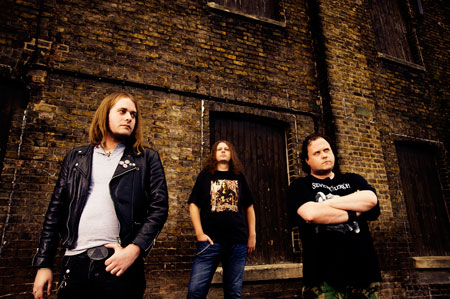 You’ve been on Rise Above Records for a while now. How did you first get involved with the label and what is it about the label that’s made you decide to stick with them?

I gave Lee one of our demos at a Cathedral gig about 13 years back, and he stayed in touch. We’ve stuck with Rise Above because at the time they were the only label interested in putting out our stuff! Things are different these days though.

Rise Above’s limited and ‘die hard’ releases are pretty controversial amongst doom fans with some seeing it as simply a cash in. What is your take on this?

I don’t agree with the way they do things here. It creates unnecessary demand for fancy stuff that prices a lot of genuine fans out of a record they’d like, while the vultures just chuck it straight on ebay and make £200 back. I do think all this needs to end, it takes the focus off the music and feeds this really bloated collector culture, and it’s only going to get more expensive… People shouldn’t feel like they’re missing out if they don’t get a die hard though, there’s nothing essential in those packages. No one really needs a patch or a poster that badly, especially paying £200 for one on ebay!

Finally, doom is bigger than every at the moment. Do you think doom has become over saturated or do you think it’s in a good place right now?

Not really over saturated as such, but it’s definitely gotten fatter… since the 80’s when this became a “genre” there’s always been good stuff, and stuff not worth listening to..there’s just more of both types now.

Thank you! See you out there soon hopefully, Stay High! 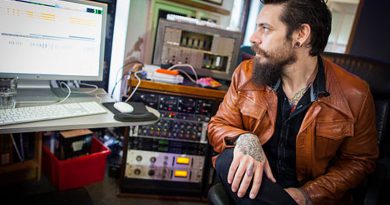