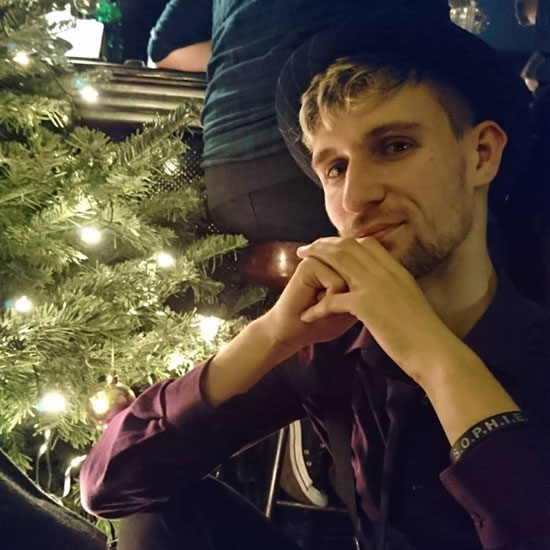 Some of you may not recognise my name on this website, some of you may, but I won’t be surprised if you don’t. I’ve been away for quite some time. 2015 has been… a challenge to say the least, as technically my first year functioning as an actual adult in the real world has not all been plain sailing. There have been bad times, some really, really bad times, and good times, very very good times, but all that I have learned from this year, is that next year can only get better, and I’m excited about what the future holds for myself in 2016.

This list may seem like somewhat of an anomaly to ardent followers of this site, as I feel like I’ve been asleep through a lot of the big releases of this year, bar one or two, but my ear has stayed close to the underground and emerging bands particularly. So this is my top ten picks of the year featuring some familiar names, not so familiar names and some great records you may have missed.

10. Dogtown Dojo ‘Own the Kerb’
Sitting somewhere between smashing Monster Magnet and California Crossing-era Fu Manchu together in a particle collider, you get Dogtown Dojo, along with the explosive energy and excitement that’s followed both of those bands their entire careers. Bridled with gritty, fuzz-fuelled guitar punches, passionate deep-sinking hooks and that highway road trip in the blistering heat sound, this debut EP from the Croydon four-piece is as seminal and incredibly satisfying, a straight-up hard rock release you can get. It’s only four songs long, but leaves such a lasting impression that you can see greatness approaching from a distance.

9. Workin’ Man Noise Unit ‘Play Loud’
The second album from Reading punks dancing to the sound of their own discord (by their own admission) certainly delivers on its namesake, and you should embrace it wholeheartedly. A bull-rush of distortion, reverb and effects pedal abuse masks a superbly strong song collection that won’t aim for anything less than the jugular. Ferociously raw and unapologetic, these four gentlemen scratch their name next to the definition of dangerous and flaunt it by taking on all comers. Despite their unswayable attitude, there’s a sensibility for a killer chorus and melodies that creep under your skin wrapped inside this bulldozer of a record.

8. Mad Penguins ‘Radamanthys’
This Italian sludge mob have lurked beneath the surface of the European scene for a good few years, before striking this year with arguably their finest work to date. They share just as much in common with Nirvana as they do Corrosion Of Conformity, where what sounds like the tortured screams of Kurt Cobain are concerned. Radamanthys is a seamless submergence into a darker side of the human psyche, slower progressive songs slowly filling the listening space with black tar whilst faster-paced numbers open floodgates of the stuff. Once it gets inside you though, their brand of grunge-infused sludge madness remains an infectious and gratifying experience you can more than happily drown within.

7. Rosy Finch ‘Witchboro’
This Spanish three-piece have made a spell-binding debut long-player this year in the form of Witchboro. Fronted by two highly-talented sirens, Rosy Finch possess the ability to cast an enchanting haze upon all onlookers, whether that’s in gloomy psychedelia or smoky atmospheric s. But they also hold the ability to brawl with the best of them with a rip-roaring rock ‘n’ roll rampage, featuring some frighteningly impressive screams. A true sleeper hit for all those not savvy to this release in the summer, the sheer quality and talent on display for a first studio effort, only seems destined to catapult these guys into the stratosphere very, very soon.

6. Fawnchopper ‘Kind Of Red’
There’s moments in time where some listening has become so unsettling you can’t help but delve deeper into it. Winnipeg’s Fawnchopper (formerly known as Soul Killing Female) have put together some passages in Kind Of Red that can only be described as pure mechanised brutality, as their industrial strength sludge fight anthems more than capture your full attention, as they throttle you and tear at your eardrums and what remains of your nerves. Imagine Mastodon and Godflesh meeting to start a riot in an abandoned manufacturing plant, and you’re close to capturing the twisted genius these gentlemen create.

5. Lightsabres ‘Beheaded’
Another year, another excellent studio effort from one of the hardest working men in Swedish punk right now. Even as he gears up for his fourth studio album in four years, this year’s Beheaded was a wonderfully appreciated evolution on his faster-than-death lo-fi formula that has already garnered him rightful critical acclaim. Seriously, if you can make these recordings any grittier, quarries would complain of shortages. But the addition of bluesier influences slow the action down just enough to marvel at the beautiful simplicity of John Strömshed’s songwriting and what he accomplishes as only a one man band. DIY music doesn’t get as raw, passionate, bone-shaking and brain-rattling as this.

4. KEN Mode ‘Success’
While this is the Winnipeg noise trio’s fifth album, the title boasts a sense of irony and snark from the reverence and elevation they’ve experienced since starting in 2003. But when you can turn out album after album of sterling, venomous, volatile music, that continual rise in confidence seems only justified. Success brings another anthology of savage, uncompromisingly heavy beatdowns that only the snarls and reckless abandon of KEN Mode can. When you can transform fury and hatred into an all-conquering hardcore sledgehammer to the senses, then that notion of success is all the more appropriate.

3. Dead Empires ‘Secret Snakes/Silent Serpent’
Quite honestly, with each release from these New York gentlemen, it becomes harder and harder to believe that there’s a genre of music these guys can’t touch and reinvent. Although primarily an instrumental sludge-borne heavyweight, Dead Empires stretch from psychedelic elements, crushing sludge tides, intoxicating ambience, steamrolling punk paces… even reggae gets a brief see-in. But it all equates to a thrilling powerhouse performance from one of the most supremely talented but criminally underrated groups around playing heavy, weirdly wonderful progressive music. The title split only serves to solidify the perfect balance of both beauty and beast found here.

2. Kowloon Walled City ‘Grievances’
Upon each release by this Californian quartet, only drives deeper and harder the fact that Kowloon Walled City are one of the best in the world at what they do. Though blessed with the skills to pulverise masses into dust with such an incredibly dense sound, the tense, calculating movements they create have a far more personal and emotional resounding than they have ever committed to record before. Though the strength of their sound remains as powerful as taking brass knuckles constantly to the gut, their emphasis on forecasting impending doom and despair in such a stunning array of compositions has never been so addictive. As self-destructive, as can be considered breathtaking.

1. Tacoma Narrows Bridge Disaster ‘Wires/Dream\Wires’
These gentlemen have been mentioned in the same breath as some of progressive/post metal’s finest names in Isis, Pelican and Tool for numerous years and have the sheer musical talent and ability to reinforce those statements. Three years since their last release, the jaw-dropping atmospherics have taken a crash back down to Earth and the tone of the record feels ignited by tragedy and melancholy, giving it a far more human characteristic than just threading together a monumentally good series of riffs, ambience and sublime musicianship. A staggering instrumental experience of cinematic proportions, Wires/Dream\Wires will engulf you, engage you and enrapture you, and thus sits enthusiastically atop my list for this year.

Ross Horton Takes A Tripped Out Look At The Year 2013