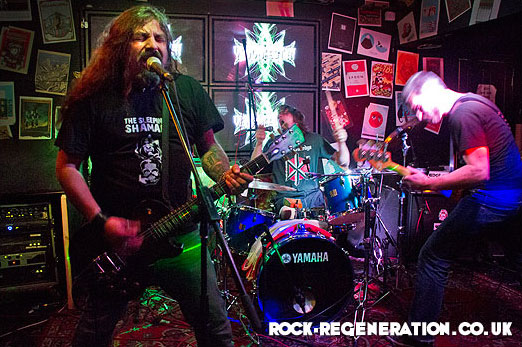 2013 has certainly been a bit of a blur. It doesn’t seem like any time at all since I was compiling my list of albums for 2012 and my lines get a little blurry as to what album was released when if truth be told.

2013 has been yet another year where we’ve heard the same lines that we’ve been hearing for the last few years about the death of the music industry due to file sharing…blah blah blah but the fact is people still love listening to new music and people still love playing new music. The industry may have to adapt but it will never die and 2013 has seen more than its fair share of excellent releases by both established and newer artists.

To try and put my favourite albums of the year into a top 10, or top 20 would be an impossible task given the disparate nature of the music involved and the constantly changing taste patterns I find myself going through, so instead here is a random look at the releases that have grabbed my attention, and in some cases blown my balls off this year. 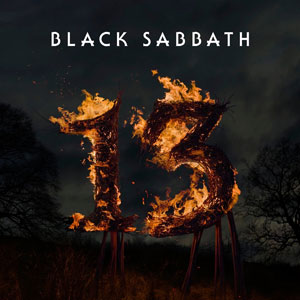 First let’s look at the old guard. Possibly the most obvious of these will be the new album ‘13’ from Black Sabbath. When I first heard Sabbath would be reuniting with the original line-up and working with Rick Rubin I was buzzing with excitement but as the soap opera between the band and Bill Ward played out my interest waned completely. Similarly when I heard initial tracks for the album online my heart sank and I resolved Sabbath were a spent force. Something, however, compelled me to buy the album, call it brand loyalty, call it Kismet, call it what you want but I damn glad I did. As soon as I pressed play on this beast I was transported back, maybe not 40 years to their seminal debut but certainly 35 years or so. ‘13’ may not reach the giddy heights of ‘Paranoid’ or ‘Master Of Reality’ but as a Black Sabbath album in 2013 it doesn’t disgrace their legacy one bit. Tony Iommi plays the best riffs he’s written in 30 years, Geezer Butler lays down the bass like a man on fire, Ozzy puts in a confident and assured performance (with or without some technological assistance) and Rage Against The Machine’s Brad Wilk does a decent, if safe job of holding down the beat. People were expecting this album to fail and if it sucked wouldn’t have bought it. The fact that it hit the top spot of the charts worldwide is testament to its quality and power. 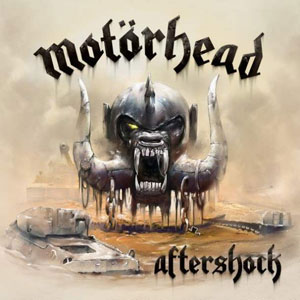 Next up we have Motorhead’s ‘Aftershock’. Now, in my mind, Motorhead have never made a terrible album, some not so great but never terrible, unlike Sabbath. Consistency has always been a key word to describe the band, certainly they’ve been accused of remaking the same album time and time again but ‘Aftershock’, whilst staying true to their usual blueprint, is possibly one of the band’s finest albums in 30 years brimming with potent hooks, exceptional playing and Lemmy’s trademark barbed lyrical standpoint. Now, Black Star Riders may technically be a new band but the fact is they are new in name only. The album ‘All Hell Breaks Loose’ is as close to a Thin Lizzy album as anyone is ever likely to make. It’s an album chock full of Lizzy’s trademark duel lead playing, fantastic riffs and in Ricky Warwick they have a vocalist seemingly possessed by the spirit of Phil Lynott himself both vocally and lyrically. It may not be an album to catch the ear of the most die hard metalheads but for the discerning classic rock fan who loves great playing and even better songs it’s a must have. 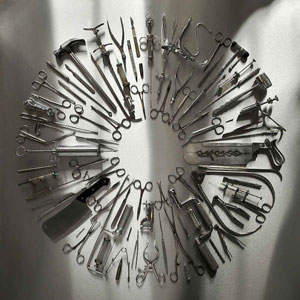 The come back album of the year must surely belong to ‘Surgical Steel’ by Carcass. Having been a fan of the band over 20 years ago it was easy to dismiss the recent reunion as a money making exercise but at least the band respectfully denied they could make new music. When it was announced a new album was on the cards I remained sceptical, until I heard it. This is an album that sits shoulder to Shoulder with ‘Necroticism: Descanting The Insalubrious’ and ‘Heartwork’ maintaining the latter’s melodic death metal refrains with the former’s technical brutality. I don’t even listen to this kind of music any more but this album reawakened a dark metal spark in me that had lain dormant for many a year. 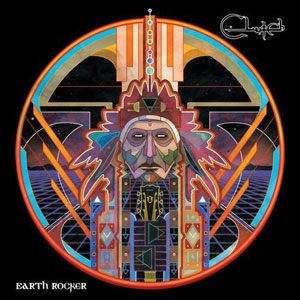 So, predictably any year in which Clutch release an album they will be on my list. Fortunately this year, after the slightly disappointing ‘Strange Cousins From The West’ in 2009, ‘Earth Rocker’ came belting out of the gate full of new found piss and vinegar. The band’s stripped down sound and sense of hunger is palpable on this release and one can’t help wondering if touring with Motorhead has somehow rubbed off on the band. Another band who have never disappointed are Five Horse Johnson and their first album in 7 years, ‘The Taking Of Black Heart’ is also one of their best. Despite assuming they were long dead, Five Horse Johnson have proven that they are very much alive as they drop a collection of tight, hard blues rock with filth under its nails and whiskey in its gut. This album was assured a spot in this year’s list even on my first hearing back in 2012. Let’s hope we don’t have to wait another 7 years!!! Another long standing band worthy of inclusion is Mos Generator. Their album, ‘In Concert’ recorded on their European tour supporting St Vitus and released on brand new label Lay Bare Recordings, is an essential addition to their already impressive discography showing the band’s almost telepathic relationship on stage and adding an extra layer of energy to their already exceptional studio counterparts. 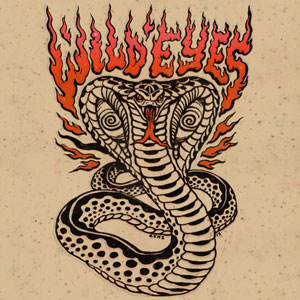 Putting aside the more established artists for a moment, a few releases by newer names have, not only impressed me this year, but have pretty much blown my balls into next week. Top of the pile has to be Wild Eyes from San Francisco whose debut album ‘Get Into It’ on exceptional German label Who Can You Trust Records takes the hard edged, bluesy proto metal of early 70’s bands such as Cactus and adds the raw, impassioned vocals of Janiece Gonzalez to create an exhilarating sound that perfectly sums up the band’s choice of name. Ploughing a similar, if more measured furrow is Sweden’s Blues Pills whose latest EP ‘Devil Man’ on Nuclear Blast showcases their innate sense of what made the music of the early 70’s so vibrant and exciting whilst highlighting the simply breathtaking vocal prowess of Elin Larsson to perfect effect. Staying with the retro theme, Pittsburgh rockers Carousel offered up ‘Jeweler’s Daughter’ on Tee Pee Records. Straight up, no messing hard rock is the order of the day here that invokes the disparate styles of Thin Lizzy and Motorhead in one huge, heavy footed boot to the arse. Who Can You Trust Records delivered a second deadly hand with the self titled debut from Hot Lunch. Following their thrilling 7”, ‘Killer Smile’, the album shows a multi faceted band capable of mixing chest beating Sir Lord Baltimore style riffing with creepy, acid addled psychedelia and the full on punk boogie of MC5…often in the space of one song. It’s raw, unfettered rock and roll with scant regard for the niceties of genre pigeonholing or commercial success. 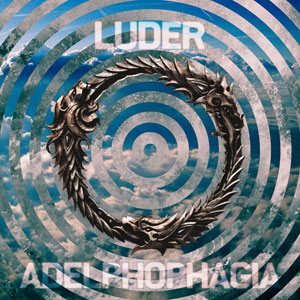 Taking the pace down a tad, Luder delivered their second album ‘Adelphophagia’ on Small Stone Records. Teaming with lush yet hard hitting, shoe gaze influenced hard rock Luder provide a welcome respite from the usual onslaught of pentatonic riffing all underpinned by Sue Lott’s dreamlike yet sensual vocals. Small Stone threw us another curve ball with Larman Clamor’s second album ‘Alligator Heart’. This one-man effort from illustrator extraordinaire Alexander Von Wieding draws from the dark waters of the Mississippi Delta with its modern yet lo-fi, stripped down take on the Blues…this makes Seasick Steve sound like Journey in comparison and strikes a very primal chord with its heartfelt simplicity. If one label is nipping at the heels of Small Stone this year it has to be Ripple Music whose commitment to quality rocking was strengthened with excellent releases from Mothership and Devil To Pay and consolidated with the dazzling display of dexterity that is Ape Machine’s ‘Mangled By the Machine’. An album recorded live in one continuous session, as in they played the whole thing live in one go straight to tape, it presents a bewildering yet captivating collision of blues rock riffing and prog rock timings all married up with Caleb Heinze’s classic, Robert Plant-esque howl. 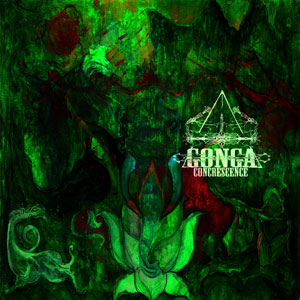 Finally credit must be given to some of our own home grown bands in the UK. Despite remaining unsigned Black Spiders have gone from strength to strength since their debut album ‘Sons Of the North’ in 2011 playing to some to the biggest crowd gatherings both home and abroad. Nevertheless they still mounted a Pledge campaign to fund their latest release ‘This Savage land’ ensuring they were able to put together a stellar package of their usual riff driven blasting hard rock and roll offering up slices of AC/DC and Motorhead fuelled rock and roll and arena sized choruses. One band who have battled the ill winds of luck with a revolving door of bass players and seemingly a door only marked exit for singers is Gonga from Bristol. Having given up on the search for a suitable vocalist and finding a musical soul mate in bassist Latch Manghat the sibling pairing of George (guitar) and Tom (drums) Elgie released one of the year’s most low key yet intense records in ‘Concresence’. Building on the band’s Kyuss driven roots, without a vocalist they are now free to explore the outer limits of their song writing through dense riffs, dark, King Crimson style prog and an inherent sense of melody to create an album that is as much an experience as it is a collection of songs. Lastly, and certainly not least, a band few of you will be familiar with but should make every effort to explore is Goat Leaf from the sunny climes of Yorkshire. Their second album ‘A Lack Of Oxygen – Tales Of Crashing Satellites’ on Sea Of Green Music may have suffered from a crippling lack of publicity but that doesn’t make it any less worthy of attention. Goat Leaf take the blues rock template and use it to run the gamut from blazing, all out hard rock and roll to more introspective smoky blues, always paying due reverence to the mighty riff!!!

2013 has proven that, after over 30 years of listening to rock and roll, there is still music out there that is capable of thrilling me, captivating me and motivating me to keep moving forward and not holing up in my room with my battered collection of AC/DC and Judas Priest albums for company. I suspect, and I hope that 2014 won’t be any different.