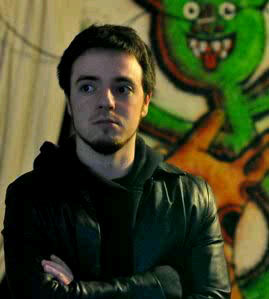 Wow. Just wow. I remember sitting here this time last year, trying my feeble best to summarise 2011’s musical brilliances whilst thinking to myself that 2012 had a genuine brick wall to crumble if it were to present us with anywhere near the sort of boundary-pushing delights that we’d become accustomed to. I needn’t have fretted.

I can honestly not recall a year quite like 2012 for new releases, in terms of both quality and quantity. Whether you’re a fan of Pentagram or Pig Destroyer (and/or everything in between!) there’s got to have been something that you’ve gone out and hunted down like a starved, rabid dog looking for the last steak on the planet. There have been so many sublime new releases that I have categorically failed to keep up with practically half of what I would have like to have heard, bought or reviewed. To put this destitute into perspective, I still haven’t heard the Soundgarden comeback record, the new Saint Vitus album or Tweak Bird’s latest effort, and those are just three acts that I can regularly be overheard to be cackling “they’re like, one of my favourite bands, maaaan!” about. 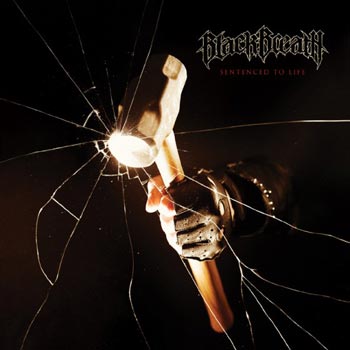 But let’s concentrate on what I did get to hear. Black Breath’s ‘Sentenced to Life’ was always an early earmark for my album of the year, and it’s held onto that position admirably. From the first time I pressed play I was grinning from sideburn to sideburn and for me it’s everything a modern metal band should sound like. There’s that scathing Entombed-like guitar crunch, spitting gnarly vocals from front to back, face-warping drumwork and a type of hungry aggression that has seldom been heard since ‘Reign in Blood’ rewrote the rulebook.

Elsewhere, Conan flattened everyone from Tibet to Telford with ‘Monnos‘, The Sword put out another polished and well-written riffology, Ufomammut, Colour Haze and Baroness all made music which couldn’t be confined to one disk alone and High On Fire pushed their envelope even further towards the top of the doom pile. I was delighted to speak with Isaiah Mitchell about his frankly stunning new garage-psych-rock outfit Golden Void and was completely blown away by the emotional power of their self-titled debut album – a great guy and a truly sublime act. Closer to home we mustn’t forget the mesmeric rise of several essential UK acts and Trippy Wicked, Black Moth, Steak, Iron Witch, Alunah and Undersmile all released amazing efforts, amongst many others. The UK is now a hotbed of ugly, warped and enormous musical brilliance and long may that continue! 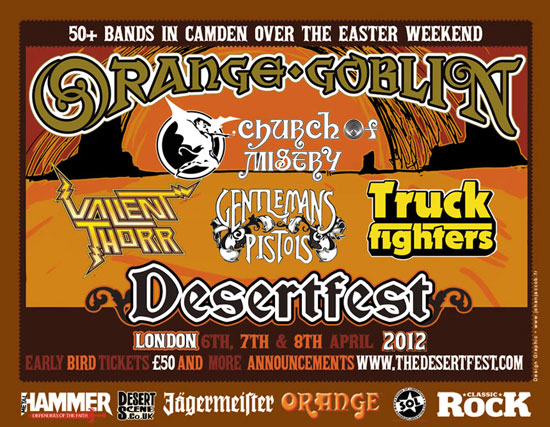 Gig-wise, I didn’t get to as many this year as I feel I would normally indulged in. This was due to a combination of things really: my moving out of London to start a new life back in my native Midlands, saving for Roadburn and DesertFest (both in terms of money and bands seen!) and general life just clashing sabres with my beloved live riffage. I of course mention two of Europe’s biggest underground doom/stoner/sludge festivals at a time when one is a brand new mystery and one is well established powerhouse, but yet both were new on my personal radar. DesertFest 2012 was a triumphant debut for Camden’s latest showcase of heavy talent from around the globe, including the fierce power of headliners Orange Goblin, Karma to Burn and C.O.C, ably backed up by the likes of Church of Misery, Gentleman’s Pistols and the invincible Black Cobra, plus a brilliant wider supporting bill. 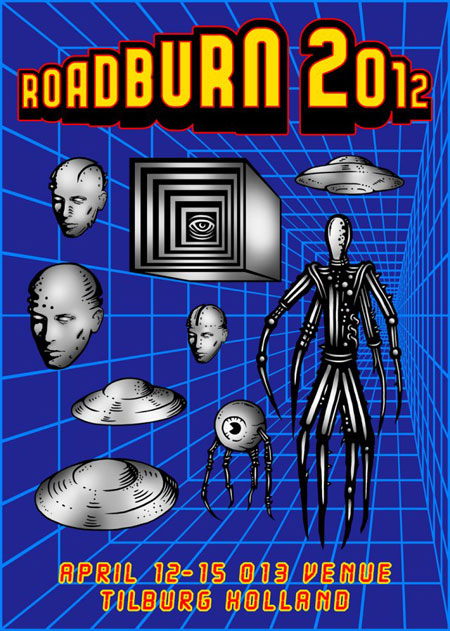 Roadburn Festival 2012 was the first time I’d attended the hallowed Tilburg ground and I was blown away by the organisation, community and welcome that extended its open arms to any and all that entered its colossal 013 venue. The Obsessed, Sleep, Voivod, Coroner, Bongripper, Red Fang, diSEMBOWELMENT, Jesu, Dopethrone, Lord Vicar… there was just so much to take the breath away, but for me (and many others) Yob and Mike Scheidt stole the show, playing both Catharsis and The Unreal Never Lived in their glorious, spell-binding entireties – simply some of the greatest and humbling performances I’ve ever seen from any band. Away from the festival stages, I witnessed Black Breath grinding the Underworld to shreds, Down laying waste to the nation with their unstoppable groove, Slayer playing Reign In Blood and Fu Manchu fuzzing through a favourite record of mine with The Action Is Go. All were amazing, and all in good company and all at affordable rates and so with gigs remaining a far cheaper night out than the theatre or the footy, there’s really no excuse not to get off your ass and get your live fill in 2013!

If there’s one criticism of this year in heaviness for me it’s this: whilst many bands released amazing records in 2012, for most of those groups those albums were still not the best material they’ve ever put out. In 2013 I’m after something even grander – a ‘Songs for the Deaf’, a ‘Holy Mountain’ or an ‘Age of Winters’. And hey, with Mr Grohl back in the drum stool for Queens of the Stone Age, at least one of those has to be at least a minor possibility. Come on 2013, show us what you’re made of!

Some other very honourable mentions:

A very large amount of what I achieved and enjoyed this year would not have been possible without the dedicated help and assistance of the following bands, individuals and very dear friends. An enormous amount of thanks goes out to you all: